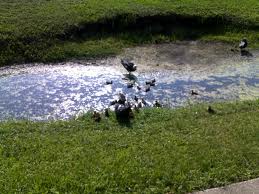 In this book, we have tried to give the basic data for the mathematical code in the Quran, to make the book readable. We also wanted to address a different reader group who are interested in mathematics; we examined subjects relating to prime numbers and probability calculations that require some knowledge of mathematics. We tried to present the subject as simply as we could. If you have any difficulty in understanding certain parts of the book, we advise you to look through the parts that seem clear to you and read the parts that seem difficult with someone who has knowledge about these subjects.

This mathematical miracle of the Quran is common to all Muslims (submitters to God alone) regardless of which religious sect they adhere to, since this miracle belongs to the Quran and the Quran has drawn attention to it. Nonetheless, besides disbelievers, we see a great number of people who believe in Islam but do not appreciate this miracle as they should. Many people are blindfolded to this miracle: they are like people who think that the sun will vanish if they close their eyes. Thus, the sura expressing the code 19 in the Quran draws attention to the people who turn a deaf ear to the messages of God:

The miracles cannot be understood by people who approach them like football fanatics. The miracles performed by the prophets prior to Muhammad caused an increase in the fanaticism of many disbelievers. To understand these miracles, one must have a careful mind and a conscience free from prejudice, stubbornness and arrogance. The people who approach them saying, “How can I deny?” instead of saying, “How can I understand? What is the truth?” can never profit from miracles. These people, instead of asking, “How can I become a person of whom God may approve?” ask, “How can I ingratiate myself with relatives and friends?” The people afraid of being in conflict with their surroundings rather than with God cannot understand God’s signs.