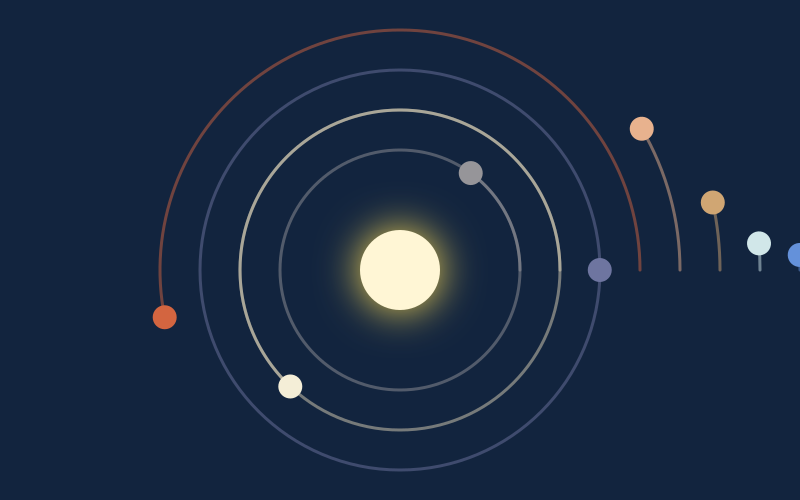 This post is also available in: German, Arabic, Bosnian, Turkish

By the Sky with its ingeniously devised paths (orbits). (51:7)

The scintillating brilliance of the stars that has enchanted us ever since the beginning of our existence, the incomparable sight unfolded across the sky has always attracted our attention, overwhelming us. Numerous poems and prose works describe the charming sensations that the sky generates in the human breast. The rising and setting of the sun, the phases of the moon, the sky studded with stars give the picture of a steady state universe. The universe full of its orbits is not visible to the naked eye. Stars that move at incredible speeds seem stationary to us. The fact that all stars and heavenly bodies are in motion was only scientifically established after the discovery of the telescope and the advance of science. The number of galaxies in the universe exceeds hundreds of millions, each comprising more than one hundred million stars, some larger and some smaller than the sun. Our sun is comparably of middle size. These stars have many planets like the earth and the planets have their satellites like our moon. All these have come about after having detached from one single point. All these stars and planets and satellites have their respective orbits. The omnipotence of God is conspicuous in His creation. God who originated everything from a single point demonstrated that the skill involved was not inherent in that point; having generated from it billions of celestial bodies displayed the endlessness of His power and facility. Every one of these bodies moves in its own orbit so that the state of the universe changes every second. This variation takes place by the motion within the respective orbit of every star, planet and satellite. Every moment in the universe is a new occurrence: so is every instant of a star, a planet and a satellite.

The process of motion has been the subject of study by many thinkers throughout history. Plato said that the source of motion must have been God and described the universe as being governed by a Designer who was good and beneficent. Aristotle inferred that God must be the Prime Mover, that He was the original source and cause of motion in the universe. Farabi, representative of the Islamic world, concluded that the Prime Mover was the source of all existence and that He, the Unmoved Mover, had generated the movement. The Ihvan-› Safa, a philosophical-religious association of the 10th century, produced encyclopedic works. This association underlined the motion of the universe, confirmed the process of creation out of nothing, drawing attention to the order reigning in the universe and the perpetual movement that proved the existence of God. A great many Christian thinkers like Thomas Aquinas saw the motion of the universe as an evidence of a Supreme Being.

The fact that the motion in the universe is not limited to our solar system or to a handful of stars but is spread all over space is a very important point since it is also a proof of the endlessness of the power of God. The attention that the verse draws to the orbits in space is also meaningful. Galaxies move in perpetual motion; their constituent billions of stars float in their respective pathways; the planets trace elliptical orbits around the stars; and the satellites make their rounds about the planets, motion inside motion. If motion had not been devised to be an intrinsic part of matter we could not have sat comfortably in our chairs to watch TV. Nor would the sun, the earth or our very selves exist. All these formations owe their existence to the moving objects. The movement of stars in their orbits, the movement of planets around the stars have rendered our existence possible and our sipping coffee while watching television. The creation of motion in an ingenious and regular order generating chain reactions, and our observation of precise, ordered and perfect movements in galaxies of macrocosm and in atoms of microcosm are flamboyant invitations to conceive God’s power and knowledge. There will certainly be people who will turn a deaf ear to these invitations. Verse 7 of the sura The Dispersing that draws our attention to the orbits is followed by the following verses:

You are surely caught in contradictions (51:8)
Deviating therefrom are the deviators. (51:9)