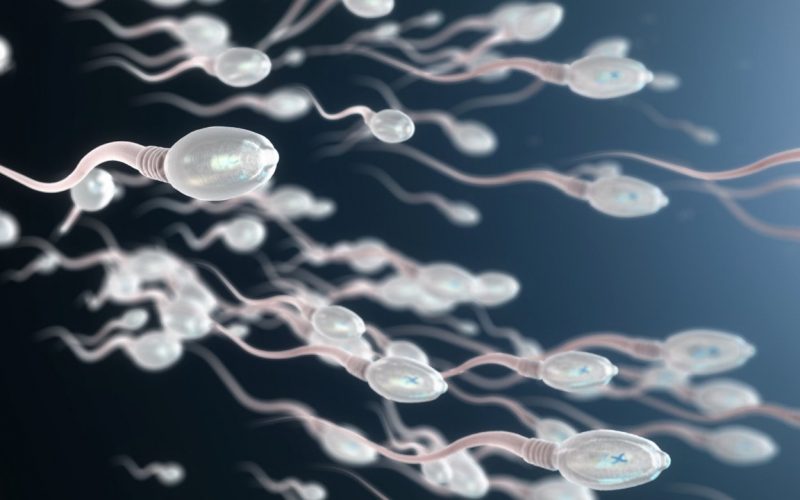 2- Verily, We created the human from a drop of a liquid mixture in order to try him. Thus We made him a hearer and a seer.(76- The Human, 2)

Analyses in detail of organs and substances in the human body could be made with the invention and development of the microscope. These analyses showed that semen is a compound and composed of spermatozoa in their nutrient plasma, secretions from the prostate, seminal vesicles and various other glands. Citric acid, prostaglandin, flavins, ascorbic acid, fructose, phosphorylcholine, cholesterol, phospholipids, fibrinolysin, zinc, acid phosphatase, and sperm are among the various constituents of the semen.

Our body is one of the best, the most beautiful and the most complicated of works. Thanks to it, we are able to see and hear, to perpetuate our lineage; thanks to the skills of this body we can design and build machines, computers, bridges and airplanes and do paintings, carve statues and compose music. Our body is the product of one of the initial stages of creation, that entailed the creation of all the constituents of the semen. This was to be followed by the physiochemical processes involved in the union of the male and female gametes to form the zygote, the fertilized ovum before cleavage.

The explanation of only the sperm cord or the prostate gland would take hundreds of pages. Our Creator refers in His book to a “liquid mixture.” Our analysis of this mixture and its constituents contributes to our increasing wonder at the presence of the miraculous creation of our body.

Our odyssey, that began with the creation of this liquid compound, led us to acquire such skills as seeing, hearing and other processes of extreme complexity. No man within his senses can attribute his or her perfect creation to the skills of a drop of a mixture and coincidences. The Creator who is Omniscient, Omnipotent, who is exalted and beyond all praise, is the Author of these things as stated in the Quran.

CREATION FROM A DROP

The Quran says that God who created man watches over him. In verse 37 it is stated that he is created from “a drop of semen.” Here again we are in the presence of a scientific fact inaccessible at the time of the Prophet. In this verse, the Arabic words “maney” (semen) and “nutfah” (drop) are differentiated. “Nutfah” means what is left of a liquid in a bucket whose contents have been emptied. Thus the expression refers to a portion and not to all the semen. The semen contains in a single ejaculation, along with its other constituents, sperm numbering between 100 million and 200 million. One out of hundreds of millions of sperm fertilizes the egg. In other words, the zygote, product of the union of two gametes, is but the result of a small part of the semen as described in the verse. The sperm or the spermatozoon, the male gamete, typically consisting of a head containing the nucleus, a middle piece containing a mitochondrion and a comparatively long tail whose structure is similar to that of a flagellum. Hundreds of millions of sperm, leaving the male’s organ, head for the ovum waving their tails. The distance they cover in the woman’s organ of reproduction involves a considerably long journey, if measured in microns the length of a sperm (a micron is equal to one millionth of a meter). To cover such a distance means to swim long distances, kilometers in fact. Many of the sperm die on the way and only a few succeed in reaching the target. Of the multitude of sperm surrounding the egg, only one is allowed to penetrate, barring the way to all others. Half of the genetic data of this sperm is contained in a head of 5 microns. The other genetic code is waiting in the mother’s womb. All these are the result of many concurring details. God displays his artistry in every instance.