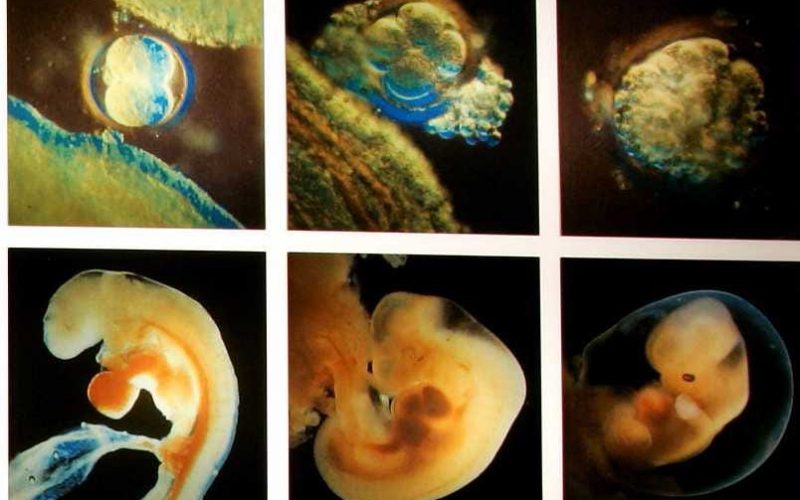 Verse 67 of the sura “The Believer” and verse 14 of the sura “The Believers” refer to the stages of the creation of the human being. (We examined how miraculously the Quran speaks of creation of human in the previous chapters.) The words that describe the stages are mentioned as follows: dust (turab) 17 times, drop (nutfa) 12 times, the hanging (alaq) 6 times, chewed lump of flesh (mudga) 3 times, bones (ezam) 15 times, flesh (lahm) 12 times.

These names of stages which man undergoes before his birth are used 65 times in total. And the word “human being” is also used 65 times in the Quran. Can all this be the consequence of coincidence? The two verses that reflect the stages of creation are as follows:

67- He is the One who created you from dust, and subsequently from a
drop, then a hanging, then He brings you forth as a child…
40-The Believer, 67

14- Then We developed the drop into a hanging, then develop the hanging into a chewed lump of flesh, then created the chewed lump of flesh into bones, then covered the bones with flesh. Then formed him into a new creation. Most blessed is God, the best Creator.
23-The Believers, 14