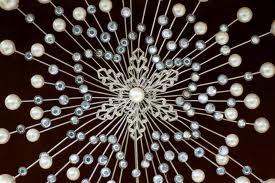 It is seen that the letter “Qaf,” which is the first letter of the word “Quran,” and which itself represents the Quran, is used in two suras as an initial letter. If we add the numbers of the “Qaf” letters in these suras together, we get 114 (19×6). As you know, 114 is the number of suras in the Quran.

As it can be seen, the letter “Qaf” is coded with the number 19 and “Qaf” initialed suras have numerical symmetries. All these data demonstrate to people whose eyes are not blinded by prejudice that in the Quran the sequence of the suras, the number of words, verses and the letters are all arranged in perfect order. This perfect system is the proof that that system could not have been arranged by a person who lived in the middle of the desert 1400 years ago, even if he had had a computer at his disposal.

Prophet Lot’s community is called “Qavmi-Lut” throughout the Quran. But the term “Ihvanu-Lut” is used instead of “Qavmi-Lut” in the sura Qaf (50-Qaf, 13). “Ihvanu-Lut” has the same meaning as “Qavmi-Lut.” “Qavmi-Lut” is written with the letter “Qaf,” but there is no “Qaf” letter, in the term “Ihvanu-Lut.” If God had used the term “Qavmi-Lut” in the 13th verse of this sura, there would have been 58 “Qaf” letters instead of 57 and it would have spoiled the code 19. God shows that He formed the code 19 in the Quran in order to present a miracle. However, some of the so-called devoted people want to surrender to their sheiks, dervishes and mullahs instead of the Quran, and they want the Quran to be read like a storybook that teaches nothing. Since they try to include their traditions in their religion, as if their traditions were sacred, they do not want a rational structure to rule over religion. For that reason, they see the code 19 as their biggest enemy, since it leads people to think. While God draws attention to the code 19 and its functions in the Quran and presents all these data for us, some people still act as they did in the past. They do not want to think about the code 19 and they do not even want to evaluate it simply because it may cause them to change their points of view and lead them to a rational way. We would like to remind these people of the following verse: