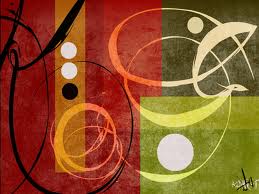 The words “Gracious” (Rahman) and “Merciful” (Raheem), which are parts of the Basmalah, are used in multiples of 19. “Gracious” is used 57 (19×3) times and “Merciful” is used 114 (19×6) times. The 114 occurrences of “Merciful” are twice that of “Gracious” (we explained this in MMLC 27). Like the afore-mentioned names of God, the word that shows the mercy of God and its derivatives appear 114 times (19×6) in the entire Quran. Just like these names of God, words derived from the stem “mercy” (rahmat) are also used 114 (19×6) times in the Quran. By this way the words “Gracious” (Rahman) and “Merciful” (Rahim), which are derived from the same stem form a different kind of harmony: “Merciful” is used in the same number, whereas the word “Gracious” is used half as many times as this word (Rahmat (79), Rahmetike (3), Rahmetina (5), Rahmetihi (25) Rahmeti (2)).

Aside from that, the frequencies of each of these four words in Basmalah are multiples of 19. It is also noteworthy that the total of the coefficients of these words is 152 (19×8) [Name (1) + God (142) + Gracious (3)+ Merciful (6)] = 152; God displays the miracle and intactness of the Quran with these words. The total of the coefficients of these words, being a multiple of 19, confirms once again the correctness of the operation. The number “8” has a special meaning: when we multiply 19 with 8, it makes 152, and this number exists in all the coefficients in the Basmalah. We have seen that one of the most important characteristics of 19 is that it is a prime number. If you want to know where 19 stands in the order of prime numbers let us write all the prime numbers till 19.

A prime number is an integer that is not divisible without remainder by any other integer except 1 and that integer itself. If you are not interested in mathematics, you may consult someone who knows prime numbers.