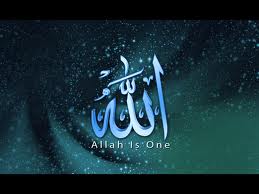 When the word “name” is combined with the letter “Ba,” as in Basmalah, the letter “Alif” disappears and it is written as “Ba-Seen-Meem.” In the numbered verses, this use can be seen 3 times. (These numbered verses are 1:1; 11:41; 27:30.) The sura “The Hanging,” which is the 96th sura, has an exceptional place. The word “Bism” in its first numbered verse, with its form “Ba-Alif-Seen-Meem,” is used differently from the rest of the spellings of “Ba-Seen-Meem” throughout the Quran. Here, the word “in the name” is written “Ba-Alif-Seen-Meem,” and this word is counted together with the frequency of other “name”s. This proves that the word “Bsm” written with three letters, “Ba-Seen-Meem,” without the letter “Alif,” throughout the Quran is intentionally written differently as “Ba-Alif-Seen-Meem” with the letter “Alif” in the first verse of the sura the “The Hanging,” and this shows the wisdom of God. Thus, the code 19 teaches us the wisdom of this exceptional position in the sura the “The Hanging” that was not deciphered for 1400 years. We should also draw attention to the fact that according to general belief, the sura “The Hanging” is the first sura to have been revealed and this verse is the first verse of that sura.

If we divide the Quran into two parts according to these two numbered Basmalahs (1:1; 27:30), the total number of the words “Name+God+Gracious+Merciful” in each of these parts is the multiple of 19.