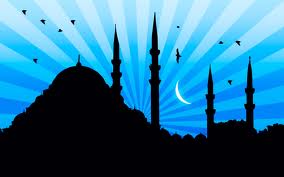 When we examined the verses with the initial letter “Qaf”, we saw that the “Quran” is the form used most frequently among its derivations and the form “Quran” is used 57 (19 × 3) times and this number is a multiple of 19. We have seen other characteristics of 57 before; there are 57 Qafs in the sura Qaf and the numerical value of the word “Glorious” (Majid) is also 57.

The word “Quran” has two other derivations besides the form “Quran,.” These are “Quranehu” and “Quranen.” “Quranen” is used 8 times and “Quranehu” is used twice in the Quran. (The 15th verse of the sura “Jonah” is not included, as it mentions “another Quran.” In addition, the 31st verse of the 13rd sura is not included, as it describes a nonexistent type of “Quran” that destroys mountains and brings dead people back to life. The 44th verse of the 41st sura is also excluded, as it describes a nonexistent “Quran” as well, which is a “Quran” in another language. These descriptions do not describe the “Quran” revealed to Prophet Muhammad, therefore they are not included.)

67 happens to be the 19th prime number. Thus, this data draws attention to prime numbers and certifies the importance we give to them.

The Quran has many names or attributes such as “Reminder” (Zikir) and “Light” (Nur). The studies so far have shown that the number of these names was about 57. In light of the given data, we hope that this number will be 57. God knows the truth. We think that, if meticulous research is carried out on this subject, the names of the Quran will present a table which depends on the code 19, as the names of God present one.

The total of the sura and verse numbers is a multiple of 19 in four of these eight uses.

We encountered how the code 19 was encoded in the Quran when researches were done for the names of God. We believe we may find the same kind of encoding if we do careful research for the names of the Quran. God knows the best.