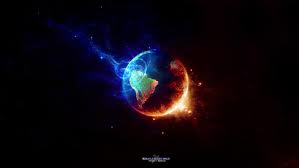 The discovery of the missing Basmalah enabled us to understand the functions of the code 19 in the Quran. Let us summarize what we have covered:

2. Whether the order of the suras in the Quran was arranged divinely or not is a subject of historical discussion. In our opinion, attempts to rearrange the Quran according to the revelation order instead the present order are mistaken. The miracle of 19 solves this problem also. The configurations that have emerged during the discovery of the missing Basmalah prove that the order of the suras was determined by God. (In the coming pages of this book we will see that many aspects of the miracle of 19 certify this.)

3. The importance of the Basmalah for the code 19 is understood with the help of these data. As we shall soon see, many data like this discovery of the missing Basmalah depend on the Basmalah, the keyword of the Quran.

4. In light of these data, it is understood that Basmalahs are not placed at the beginning of the suras arbitrarily.

5. We should not worry about dealing with problems related to the mathematical system of the Quran. The more we try to solve the problems in the Quran that have the appearance of mysteries, the more we come to understand the miracles of the Quran.

6. The examples we have examined have shown that anybody who knows how to count to 19 and knows the four arithmetical operations can be a witness to many points related to the code 19 in the Quran and appreciate many aspects of this miracle, as they are comprehensible and cannot be imitated. (There are also subjects that can be better understood with the help of a specific mathematical background, such as prime numbers and composite numbers.)

The discovery of the missing Basmalah enabled us to understand the functions of the code 19 in the Quran. Let us summarize what we have covered: