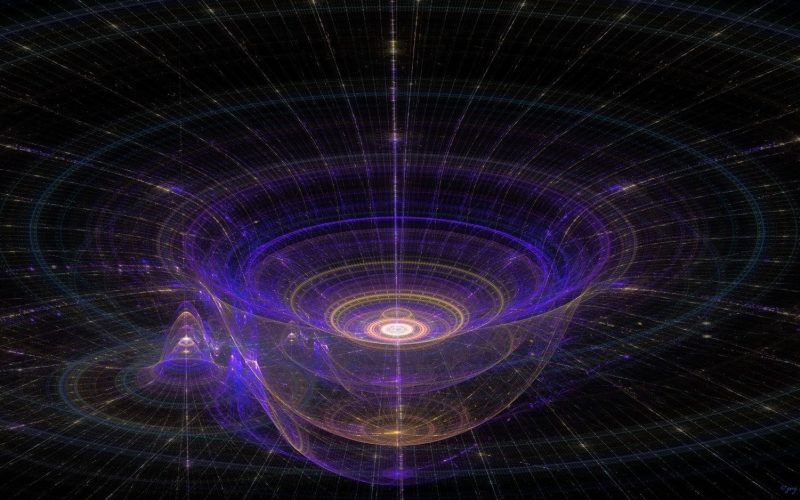 To gain clearer insight into the meaning of these verses, let us see first the signification of the words used in Arabic. The Arabic word “hunnes” that we translate with the expression “Those that recede” also has the connotation of “shrinking,” “sinking,” “retrogression” and “regression.”

On the other hand, the Arabic word “kunnes” means “to follow a definite itinerary,” “to return home” and also “nest of a moving object.” And the word “flowing” in the 16th verse is expressed by the word “jariye.”

We are inextricably bound by an indefinite number of scientific laws in our daily life, among which are the law of gravitation, the law of motion, the law of thermodynamics, etc. While we eat or relieve ourselves we are subject to the law of gravitation. When astronauts eat and relieve themselves in space, they have to take recourse to special arrangements in order to satisfy their demands, because their bodies were created according to the standards of the earth gravitation. Discoveries of scientists are not discoveries of the nonexistent, as their function is to throw light on those things that already exist.
Gravitational force has always existed in the universe. But it fell to the lot of Isaac Newton (1642-1727) to clarify it by describing it with mathematical formulas. Newton demonstrated by the law of gravitation that God’s creation was based on the law of gravity, which governs the stars, the earth, the moon, and that man’s erect posture was not a haphazard development, but was related to the gravitational force inherent in matter.

Referring to the fine balances of the universe, Isaac Newton said that the author of this extremely sensitive system, composed of the sun, the planets and the comets, can only be a Creator endowed with intelligence and power. He, whom we call our omniscient Lord, is the ruler of all these things, His dominion embraces all.

The Quran often speaks of the fact that God created everything within a given measure. This means that everything in the universe is governed by mathematics. The thing made to measure is commensurable, measurable by a given standard and can be expressed in mathematical terms. Newton corrected the results that Kepler and Galileo had reached, gave them precision and proved that the material universe could be explained in mathematical terms.

In the 1700s science took cognizance of the importance of the gravitational force. God alluded in the Quran in the 600s to the law of gravitation, to which He had had recourse in His creation. In the verses mentioned at the head of this chapter, one can see the allusion to attraction and to the balance between attraction and motion. The sun and the nucleus of the atom are in states of recession and retrogression, the nucleus attracting electrons and the sun attracting planets. The nuclei, which have already retrograded in the center, want to integrate the electrons, and the sun acts likewise by drawing the planets unto themselves by applying forces that cause them to recede. The word “hunnes” mentioned in verse 15 of the sura, The Rolling, can easily be claimed to be signifying attraction.

Despite the attraction by the nucleus of the atom, electrons do not adhere to the nucleus. Likewise, the planets do not come into contact with the sun despite the latter’s gravitational force. It is the motion of electrons and planets that prevent the electrons from fusing to the nucleus and the planets to the sun. The word “jariye” used in verse 16 of sura The Rolling signifies flowing, and is a perfect choice since it is the factor that prevents adhesion. Had the electrons and planets tended to adhere to the nucleus and to the sun respectively, no planet, no solar system, no orbit, no vital energy, and no majesty in the creation would exist. If the electrons and planets were to scatter in defiance of the “hunnes,” having been released from the gravitational force, again, neither galaxies, nor the animal kingdom, nor vegetation, nor we would exist. Thanks to these two separate phenomena, electrons return to their orbits, their homes, and planets where they belong, to move in their orbits. This is marvelously expressed with the word “kunnes” in verse 16. The Quran uses the word “hunnes” to signify attraction, and motion by the word “jariye” that resists against the force of attraction and to be within the orbit again by the word “kunnes.” Thus, in a period when there was no term to express attraction, the Quran had already revealed the phenomena that depended
on attraction.

MARVELS FROM ATOMS TO STARS

As we already have seen, God testifies under oath to pull our attention to certain events or phenomena. The oaths we see pronounced in verses point to the flawless creations of God, and the miraculous announcements in the Quran for minds cleansed from stubbornness. Protons exert attraction in the innumerable nuclei of atoms in our body while the electrons oppose this force while remaining within the orbit. These happenings in the atom are in continuous and harmonious activity thanks to the electromagnetic force and to the other forces of the atom. If the atoms of our body we call “I” were to stick to the chair we are sitting in and to integrate with the ground upon which we stretch out, there would no longer be an entity called “I.” Again, if the electrons of the chair we are sitting on collided with the electrons of our body, giving rise to chaos, could we have ever existed? No. The gravitational force and the motion, as well as other forces, harmoniously contribute to our being. Forces that have come about, and everything in Creation, remind
us of God.

2 Replies to “ATTRACTION AND MOTION”