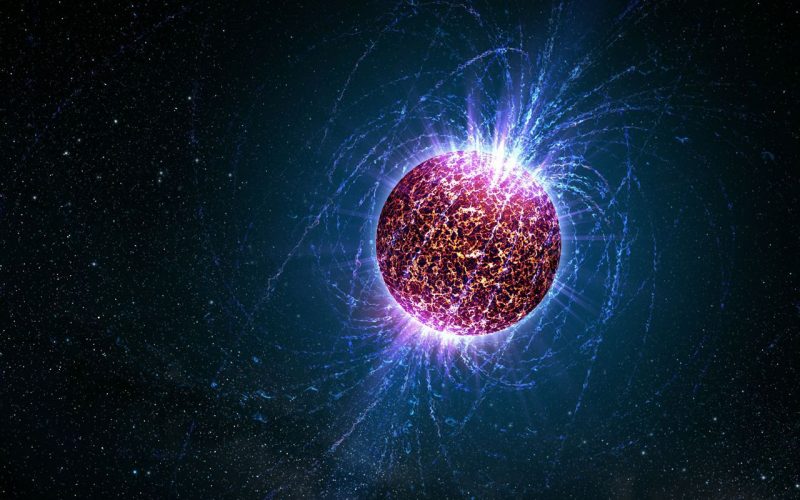 The word “Tariq” stems from the root “taraqa” meaning “knocking, striking.” In many translations of the Quran this word was taken for a name and left untranslated. But if the word is translated as “to pulsate”, the basic meaning of the word, cosmic physicists would witness an interesting connection.

LITTLE GREEN MEN OF THE UNIVERSE

In 1967 Jocelyn Bell accidentally stumbled on a regular and steadfast radio signal. The object she detected was emitting regular pulses. These pulses were reminiscent of heart-beats. At the time, such a pulsating object was not known to exist in space. At first, it was concluded that these signals might well have been propagated by intelligent beings, inhabitants of other planets. Invitation cards were printed, the media were notified and a seminar was arranged. LGM (Little Green Men) signified that intelligent creatures had been detected and were contacted by radio signals. Not long after, the source of the signals in question was discovered: it was a spinning neutron star, an object whose velocity was incommensurably great: “pulsar.” Bell’s discovery failed to establish contact with the inhabitants of space, but she had found pulsars. The words “pulsar” and “pulsating” seem to accord with the word “Tariq” of the Quran, which means “knocker.”

CAN YOU COMPREHEND WHAT A PULSAR IS?

In the second verse of the sura, “The Knocker”, we read: “How will you comprehend what The Knocker is?” A spoonful of matter taken from a pulsar would weigh one billion tons. Were we to depose a small particle of it on earth, the particle would pierce it and end up in its center. Just think of it, a spoonful of any matter on earth hardly weighing more than a few grams! This shows how difficult it is to conceive of a pulsar. A pulsar is produced by the compression of stars a couple of times bigger than the sun. If we were to compress the earth the same way, we would end up with a sphere with a diameter of several meters. The diameter of a pulsar can be about 15-20 km. It takes the earth 24 hours to rotate around its own axis, whereas the pulsar rotates around its own axis many times per second; all these things show how difficult it is to comprehend this striking, pulsating star.

LET’S SEE IF YOU CAN WORK A MIRACLE

Some have tried to identify the star mentioned in the verse and have claimed it to be a certain celestial body, like Saturn or Venus. Mustafa Mlivo, who claims these assumptions are not correct and that “Tariq” is none other than a pulsar, says the following:

Characteristics of the celestial object mentioned in 86:1-3 are:

None of the solar system planets meets all those criteria because:

A- None of the planets produces pulsations that give the impression of knocking, beating.

B- None of them is a star. They are cold celestial bodies.

C- None of them produces such an intensive radiation.

As one can see, the Quran had already mentioned a star that was to be discovered. This star was indeed discovered, but in the year 1970. Since the concept of a “pulsating star” could not be imagined at that time, it was rendered in translation as it stood, i.e., “Tariq,” the meaning of it being explained in footnotes, in dictionaries and interpretations.

The Quran whose every sentence, every word is based on the finest of meanings, wherein lie hidden realms still to be discovered. The more we study the Quran, the more we are enlightened, the more we learn.