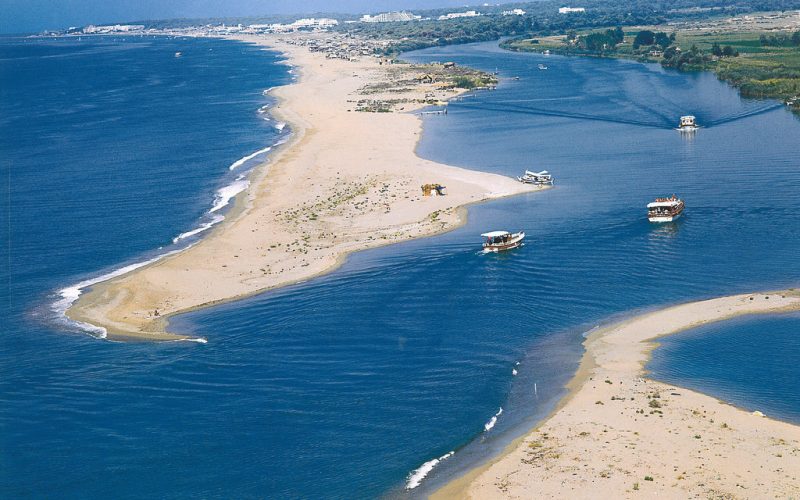 A famous French oceanographer, Jacques Cousteau, gives the following account as a result of his studies in water barriers: “We studied the assertions by certain researchers about barriers separating seas, and noticed that the Mediterranean Sea had its own salinity and density and housed autochthonous fauna and flora. Then we examined the water of the Atlantic Ocean and discovered features entirely different from those of the Mediterranean Sea. According to our expectations, these two seas that merged in the strait of Gibraltar should present similar characteristics in terms of salinity, density and other properties. The two seas presented different features even though they were adjacent. This greatly puzzled us. An incredible barrier prevented the two seas from coming together. The same sort of a barrier had also been observed in Bab Al-Mandab in the Gulf of Aden connecting with the Red Sea. Subsequent to our observations, further researchers made it clear that the seas which had different characteristics had some barriers.”

This fact that astounded oceanographers was revealed 14 centuries ago in the Quran. This aspect, not visible to the naked eye and appearing to be in conflict with the properties of water known to man, was first revealed to men in the Arabian peninsula, men who were not at all experienced in any sense with oceanography.

THE COLORFUL WORLD IN THE DEPTHS OF THE SEA

The barriers between adjacent seas demonstrate a rich diversity, a result of the perfect planning of God. Wherever we turn our gaze, the complexion of human beings, the infinite diversity of flowers, etc., demonstrate the marvelous diversity of God’s creation.

The Quran refers to the waters that do not coalesce. Thus, neighboring seas present different densities, salinity rates and compositions. These differences enable media that permit different species to coexist. Thus, fish, plants and microorganisms living under water present untold varieties. Water, that usually mixes easily, can turn into a wall thanks to God’s imposition and operation of physical laws, contributing to this variety.

53- He is the One who has set free the two seas; one is sweet and palatable, and the other is salty and bitter. And He made a barrier between them, a partition that is forbidden to be passed.
(25- The Distinguisher, 53)