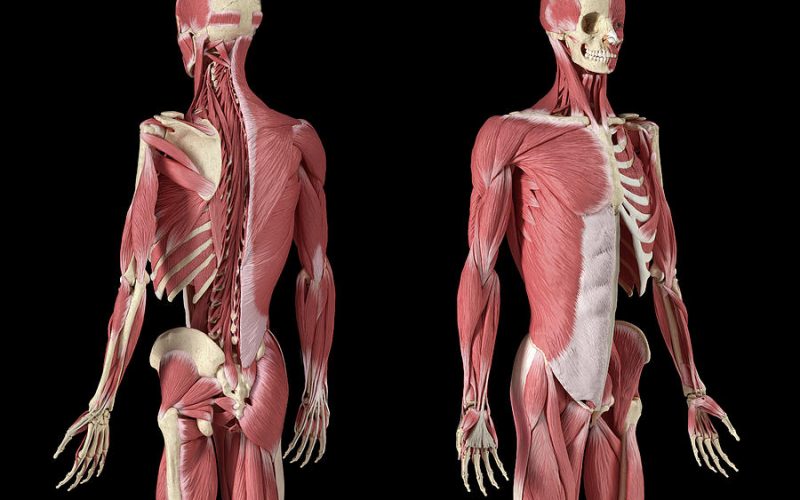 The embryo is a boneless lump. Its cartilage tissue is transformed into bones in due time, as stated in the Quran, followed by their being clothed in muscular flesh. The Arabic word “lahm” means the muscular flesh. This process was unknown 1400 years ago. It was believed that the bones and muscles developed simultaneously. Advanced microscopes and micro cameras introduced into the uterus corroborated once again the truth expressed in the Quran.

PERFECT STRUCTURE OF THE SKELETON

The verse quoted from the sura “The Cow” draws our attention to the skeleton and invites us to examine it closely. While reading this verse, we will try to meditate upon the miraculous formations within our bodies. Our skeletons, marvels of engineering, are formed of 206 bones of varying sizes. They are towers made of bones connected with each other by joints and ligaments, enabling us to jump, run, bend, sit, etc. To turn the page of a book necessitates the concurrent action of our shoulder, elbow, wrist and fingers, without our being aware of the fact that it is the skeleton that performs this act.

The skeletal system is made up of structures composed of bones or cartilage or a combination of the two, which provide a framework for the vertebrate body and serve as attachment for muscles. Every part of this system independently performs the duty with which it has been charged. Where the movement is deemed to involve danger, the joints are fixed, like in the skull and pelvis, while in the hips or shoulders they are mobile. Cervical vertebrae permit the head to revolve around its axis up to 180 degrees. Thus, one does not have to turn his body to look around. The lungs and heart are protected by ribs to ensure their proper and safe functioning without being exposed to any hazard. The skeletal system supports the body like the columns and beams of a building. However, it is to be wondered at that while in modern buildings the frame forms 60-70% of the building’s weight, the human skeleton forms but 15% of the body weight. The structural frame is highly resistant. For instance the thighbone (the femur) in vertical position can carry a weight of one ton. Solidity and elasticity coexist.

The skeleton has a lubricating system, the details of which the present book can hardly touch. Every joint in our bodies is regularly lubricated with special oily substances. Verse 259 of the sura “The Cow,” “Look further at the bones,” directs our attention to these data that form but a small portion of man’s marvelous makeup.

8- God knows what every female bears, and how much the womb falls short or exceeds. Everything He does is perfectly measured.
(13- The Thunder, 8 )