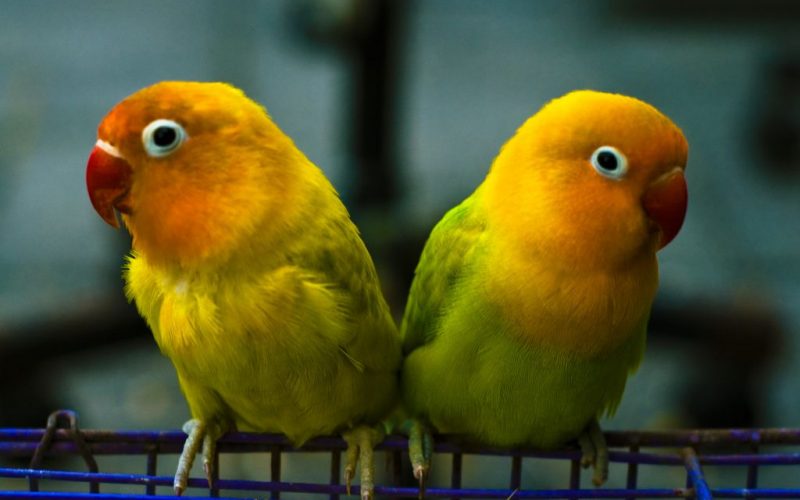 36- Glory be to the One, who created in pairs all things that the earth produces, as well as themselves, and other things they do not know.
(36- Ya-Seen, 36)

The Arabic word “azvaj” is the plural of “zavj” meaning “pairs,” “matches,” “partners.” There are three sorts of pairs in the creation as described in the verse:

a- Pairs that grow from the earth, i.e., plants that have species of differentiated sex;
b- Human pairs, males and females. Also some included human characteristics like bravery/cowardice; love/hate; generosity/stinginess, etc.
c- Pairs unknown: men did not know anything about the creation in pairs at the time of the descent of the Quran. In this section we shall be dealing with the latter in particular.

THE DISCOVERY THAT WON THE NOBEL PRIZE AWARD

The atom lies at the basis of all matter in the universe. A study of this smallest piece of matter may give an idea about the creation of everything in pairs (partners). As research conducted on the structure of the atom gained momentum, it became clear that the constituents of elementary particles were not limited to protons, neutrons and electrons and that their compositions were of a more complex nature and an unerring precision. Creation in pairs is also valid for elementary particles.

A proton has its anti-proton, an electron is coupled with a positron, and a neutron possesses an anti-neutron. The creation of matter in pairs is one of the discoveries of towering importance of physics. Paul Dirac, a British scientist, was awarded the Nobel Prize in 1933 for his discovery in this field.

God’s ingenious calculation is also seen in the numbers of protons, neutrons and electrons, and of their respective pairs. Let us take as an example the electron and its counterpart, the positron. When these two get together, energy is generated. If there were 15 units of positron versus 10 units of electrons, 10 units of electrons and 10 units of positrons would be eliminated leaving behind 5 units of positron. If their numbers were equal, there would emerge only energy, leaving behind no electrons or positrons. The survival of protons, electrons and neutrons depends on the quantities higher than their respective pairs, while the numerical balance between protons, neutrons and electrons is also important. For example, if the number of electrons were less than the number of protons, there would be no life in the universe. All the fine calculations in our existence are based on this fact. Had one single formation of thousands of phenomena been left to chance, we would not have been on our planet today. We exist thanks to the omniscience of our Creator Who controls everything through His omnipotence.

CONTRIBUTION TO UNITY OF POLARITY

As we have already pointed out, the fact that the description of scientific phenomena in the Quran could not be accounted for by the knowledge acquired at the time of the Prophet is not the only outstanding point. This fact is certainly very important. However, our wonder becomes even greater when we examine the scientific data provided in the verses of the Quran which reflect God’s omnipotence, art, science and design.

For instance, the statement in sura 21, verse 30 that the universe was created from an integrated mass, as the raw material of the heavens and the earth were closed up before God split them, could not possibly be the word of a mortal at the time of the Prophet. This also proved that God had created the matter, the universe and that He had preset objectives in His mind. Therefore, as we proceed, we shall try to point to the scientific miracles in the verses of the Quran as well as to the fact that these things testified to His existence and the splendor of His art. In brief, as important as the existence of the miracles themselves is the inspiration displayed by the miracles.

This also holds true of course for the verses announcing that the material world was created in pairs. At the time of the descent of the Quran the creation of the universe in pairs and the significant role of this phenomenon could not possibly have been known. Important as this is, all the wonders ranging from the forces to the balance between the protons and anti-protons, between neutrons and antineutrons are also important. The Quran’s concern is not merely to stress the miracle as such, but also to draw attention to the creation in pairs so that we may have a better insight into the wonders of the creation.

The importance of creation in pairs in the universe gained momentum with the discovery of quarks within the protons and neutrons as well. Laboratory research has made it clear that quarks and leptons (another subatomic particle) emerged in pairs. When the quark called “Bottom” was discovered after such quarks as “Up,” “Down,” “Charm” and “Strange,” the consciousness of creation in pairs was so widespread among scientists that the name “Top” was given to a quark before even it was discovered. In the year 1994, the discovery of the quark “Top” was announced. The research carried out in the Fermilab in the USA resulted in the discovery of “Top,” that paired up with the quark called “Bottom.”

All paired creations contribute to the integral order of the universe. The quarks “Up” and “Down,” the protons and antiprotons, the positive and negative electricity charges in the universe have no consciousness. All these well-ordered and predetermined formations are created in a microcosm that, in turn, renders possible the formation of galaxies, stars, planets, plants, the animal kingdom and humankind. Opposite pairs of forces and opposite pairs of particles owe their existence to an Omnipotent Power. The colorful and marvelous universe based on the formation of opposite pairs of force bars the possibility of chaos. Whoever the Author of the creation and the Designer of ultimate ends was, it was also He who generated the pairs of particles and forces and set these opposite particles and forces to operate in a harmonious unity until the targets are reached. For those who take heed the evidence is clear.

49- And We created pairs of everything that you may contemplate.
(51-The Dispersing, 49)

6 Replies to “CREATION IN PAIRS”