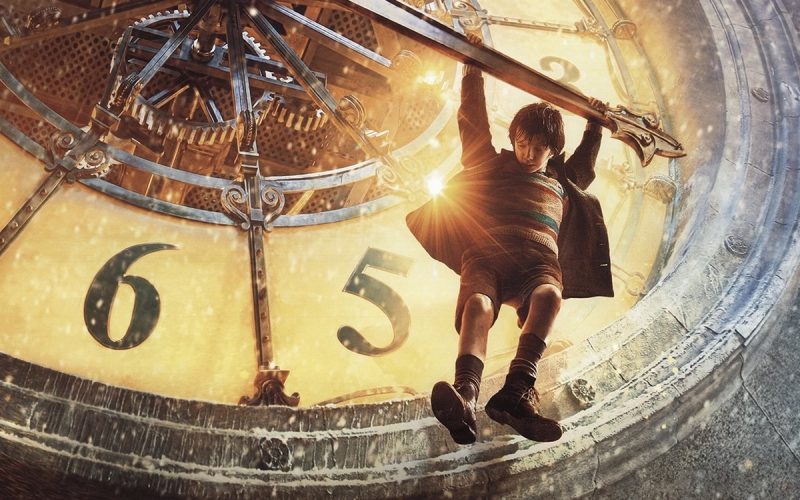 4- To Him ascend the angels and the spirit in
a day the measure of which is fifty thousand years.
(70- The Heights, 4)

5- He regulates all affairs from the heaven to the earth. Then they ascend to Him in a day, the measure of which is a thousand years as you count.
(32- The Prostration, 5)

Throughout history, “time” was assumed to apply equally in every imaginable spot in the universe and in every medium. If we consider this conception, we can see the radical change that the above verses brought. The Quran said that, according to circumstances, the “day” concept might equal even up to fifty thousand years. These verses which must have encountered objections have been elucidated in the twentieth century and shed light on important truths.

According to Einstein, time would pass more slowly for somebody driving a vehicle at a speed close to the velocity of light. When an inhabitant of the earth passes one hundred days, it may take a person fifty days to displace at a speed nearing the propagation speed of light. This finding is the most interesting fact of the relativity theory. Time slows down in direct proportion with speed. Time is therefore a relative conception, as indicated in the Quran. Hours differ and days are conceived differently according to the medium, place and speed involved.

The general theory of relativity deals with gravitational fields and tries to demonstrate that time is slower in the fields of greater gravitation. A man walking on the surface of the sun will see that his clock runs more slowly, as do the biological and anatomical functions and all the motions in terms of his atoms. Recent experiments have corroborated this fact. One of these experiments was conducted in the British National Institute of Physics. John Laverty, researcher, synchronized two clocks indicating the exact time (two clocks of optimum perfection; error of precision in the course of a space of time of 300,000 years would be not more than 1 second). One of these clocks was kept at a laboratory in London; the other was taken aboard an airplane shuttling between London and China. The high altitude at which the aircraft flies is subject to a lower gravitational force. In other words, time was expected to pass at a faster rate aboard a plane in conformity with the general relativity theory. There is not so great a difference in terms of gravity between someone treading upon the earth and someone flying in the air. This difference could only be established by a precision instrument. It was established that the clock aboard the aircraft had a greater speed, one per fifty five billion seconds. This experiment is one of the proofs of the relativity of time. According to the prevailing prejudice, there should not be any difference between the two clocks. This supports the dispelling of prejudices as foreseen in the Quran. Had it been possible to make this experiment on a planet with greater gravitational force, there would be no need for precision instruments to measure the difference, since normal watches could do the job.

THE USE OF THE WORD “DAY” IN THE QURAN

Verse 5 of the sura “The Prostration” and verse 4 of the sura “The Heights” not only point to the relativity of time, but give also a clear meaning of the Arabic word “yawm” that denotes not only the space of time of one day – which comprises 24 hours – but also a certain period of time. This makes it easier to understand the six “yawm”s mentioned in the Quran (See: 7-The Purgatory, 54; 11-Hud, 7; 10- Jonah, 3; 25-The Distinguisher, 59; 32-The Prostration, 4; 57-Iron, 4). The six “yawm”s must be understood as six “periods.”

This gives a clue to the Jews and Christians for the interpretation of the Biblical account according to which the world was created in six days. Findings in the domain of space physics show that the universe and our world passed through many stages, from a gaseous state to galaxies, to the formation of the atmosphere surrounding the Earth, and of waters and metals. The fact that the Quran refers to the stages that the process of creation went through is also better understood by modern cosmology.

If we remember the stories of creation of ancient Egypt, China and India, we encounter wild fancies such as a universe standing on a tortoise or as an eternally existing entity. None of the past civilizations had made any reference to the stages of this evolution. This message of the Quran contributes to a correct interpretation of Biblical exegeses of the concept of day.

Comprehension of time’s relativity will contribute to a better understanding of the Quran. For instance, it is said in the Quran that the dead will think when resurrected that their span on the earth had been very brief. Once time’s relativity has been conceived, the puzzling question of the time to elapse from one’s death till the Day of Judgment will be clear. Such questions for the inquisitive mind that sees the time upon the earth as the only valid time regardless of the attending circumstances will find their answer, once time’s relativity is understood. Given the fact that a deceased person is outside the confines of the temporal dimensions of the earth, the time to elapse after his death, regardless of its actual duration, would be of no consequence.

ANYONE AMONG US TIRED OF WAITING FOR EONS?

The reason why the fifteen billion years that elapsed from the moment the universe was created until the creation of man was made clear by time’s relativity. In a different context, fifteen billion years may be conceived as one minute or even less. The length of its duration depends on our perception and standpoint.

Scientists, based on the most recent and accurate calculations, assert that approximately fifteen billion years have elapsed since the creation of the universe until this very moment. Is there anyone who feels tired of waiting for eons? The evident answer being in the negative, the time the departed will have to wait as from their decease until resurrection will not cause anxiety in them. Comprehension of time’s relativity renders possible the solution of many problems believed to be beyond the grasp of the intellect.

ARGUMENT FROM NECESSARY VERSUS POSSIBLE BEING

A host of celebrated philosophers like Avicenna, Al-Farabi, Taftazani and Jurjani had recourse to this argument in proving God’s existence. They asserted that all the possible creatures upon the earth could not exist by themselves as they owed their existence to a Creator. “The created” requires a Creator while God, “the Self-Existent” (whose existence is a necessity) does not need a creator. The created is a product of causality; their existence or non-existence are within the confines of possibility. To think of the non-existence of a possible being poses no contradiction. However, this does not hold true for the Self-Existing, God; otherwise, the contradiction would be evident. Philosophers like Leibniz argued in like manner the principle of sufficient reason. According to him, the universe is made of contingent beings. The universe itself is a contingent being. If we try to trace back the chain of causality (which is impossible) until the infinite this would not explain the universe. Yes, the universe is a contingent being but requires a sufficient reason outside its confines.

To allege that the reasons may be traced back to the infinite would mean that we were created after eternity. But since eternity is infinite there would be no question of any lapse of time after infinity; if there has been a chain of causality, it would necessarily follow that it had had an end. If there had been a chain of causality that came to an end, it would prove the existence of a “first cause.” There may be persons who would find the existence of a first cause difficult to grasp. On the other hand, an infinite chain of causes would be a self-contradiction. Absurd and incomprehensible are not the same thing. For instance, the structure of a space-shuttle may be incomprehensible for us, but we cannot deny its existence. The number 5 cannot be higher than the number 10; that is absurd. As the contrary is absurd (that the infinite chain of causes has led to this point), the existence of a first cause is a necessity.

1 Reply to “RELATIVITY OF TIME ANNOUNCED 1400 YEARS AGO”