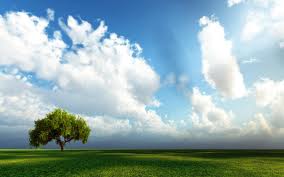 The different uses of the word “day” in the Quran is phenomenal. While the singular word “a day” is used 365 times, its plural (eyyam, yewmeyn) is used 30 times. This represents the number of the days in a month, which is 30. So it is meaningful that while the singular “day” (yewm) is mentioned 365 times, the plural of it (eyyam, yewmeyn) is mentioned 30 times.

In the solar calendar, the months have either 30 or 31 days and in the lunar calendar the months have either 29 or 30 days. So, the number 30 is the intersection group for both calendars. In the community to which the Quran was revealed, the lunar calendar was in use; the mention of “30” is therefore meaningful. It takes 29.53 days for the moon to make a month. The rounded figure is 30. With such mathematical miracles, we witness that the Quran correctly calculates this rounding up business. Likewise, the world completes its cycle around the sun in 365.25 days exactly. The rounded figure is 365. Below, is a table that shows the occurrences of the word “days.” It is also interesting to note that two different forms of the word “days” (eyyam and yewmeyn) are used with the ratio of 3 to 27 in the Quran. In the lunar calendar, the addition of 27 days, which is the time needed for the cideral cycle of the moon, with the 2-3 days, which is the time for the moon to complete the gap because of the movement, form a lunar month. The total of the two forms of the word for “days” is used 30 times; “eyyam” 27 times and “yewmeyni” 3 times. (In Arabic a special word is used for two things, the word “yewmeyni” means two days.)