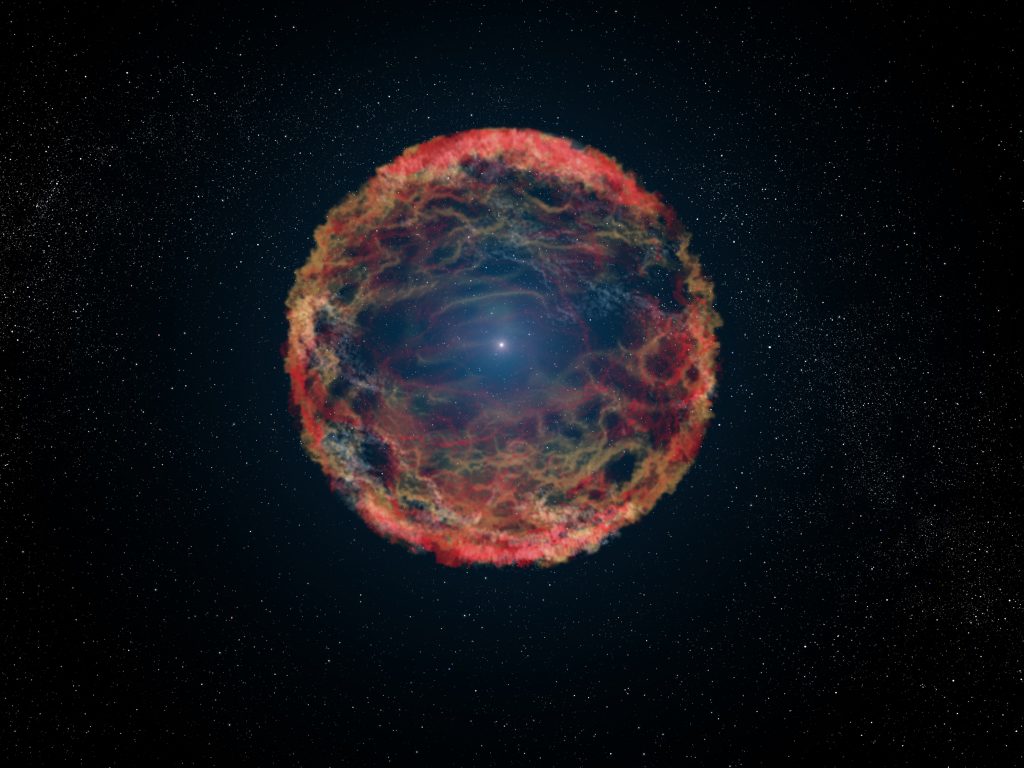 This is an artist’s impression of supernova 1993J, an exploding star in the galaxy M81 whose light reached us 21 years ago. The supernova originated in a double-star system where one member was a massive star that exploded after siphoning most of its hydrogen envelope to its companion star. After two decades, astronomers have at last identified the blue helium-burning companion star, seen at the center of the expanding nebula of debris from the supernova. The NASA/ESA Hubble Space Telescope identified the ultraviolet glow of the surviving companion embedded in the fading glow of the supernova. Links: NASA Press release Spiral galaxy M81 Supernova 1993J in spiral galaxy M81 Supernova 1993J Scenario for Type IIb supernova 1993J