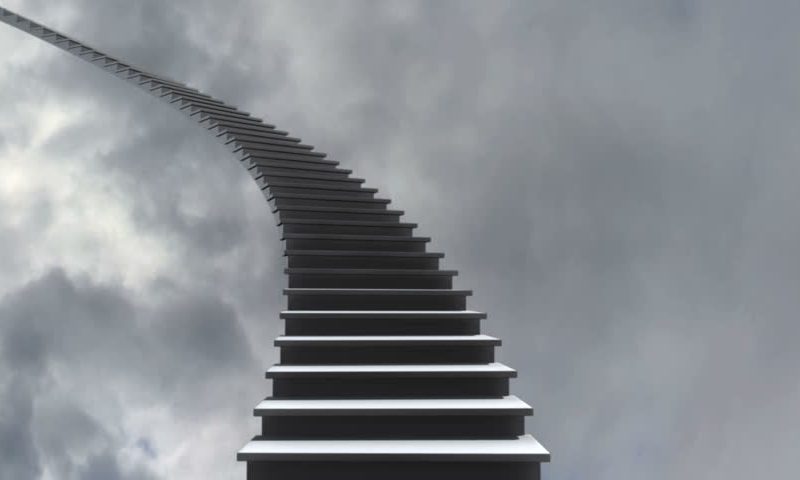 125- …And whomever He wills to send astray,
He makes his bosom narrow and strained as
if he was ascending into the sky.
(6- The Cattle, 125)

In this verse, we see that a person who feels discomfort due to psychological reasons is likened to a person who feels discomfort while ascending to the sky. We know today that during ascension, atmospheric pressure gradually decreases, rising blood pressure causing strain on the functioning of heart and veins topped by lack of oxygen, which in turn influences the lungs, making one feel constricted. If one persists going even higher, there comes a moment when the individual loses his life.

There were no airships or aircraft at the time of the Prophet. Torricelli was the person who in 1643 invented the mercury thermometer with which he demonstrated that the atmosphere exerted a pressure. To speak of a decrease of pressure at the time was out of the question. Nor was there reliable information about circulation of the blood or lungs. One can guess that men climbed heights and had difficulty breathing as they went higher and higher. In the verse, however, ascension is toward the sky. A person experiencing difficulty of respiration on top of the mountain he has climbed may attribute this difficulty not to the lack of sufficient oxygen at the high altitude to which he has climbed but to the reason of climbing to a high point. The verse speaks of a process that takes place as one rises to the sky. The question is not of the experience one has on the top of a hill. Ascension to skies has a much wider connotation.

OPTIMUM PRESSURE AND OXYGEN FOR PERPETUATION OF LIFE

The oxygen and pressure ratio being ideal, a man’s bodily functions run across no difficulty from sea level up to a height of 3000 meters. At altitudes ranging from 3000 to 5000 meters, elevated blood pressure and difficulty breathing are experienced. At an altitude of 7500 meters, the tissues are badly in need of oxygen. Above this height, a person experiences a blackout; the blood circulation, the respiration and the nervous system begin to collapse. Changes in atmospheric pressure affect the circulation, increasing the pressure of the blood running through the veins and arteries. The balance of gases in the vacuums of the body and the distribution of gases in the blood and tissues (in particular of the nitrogen) is upset. The mechanical effect of a sudden rise and fall in blood pressure results in the rupture of blood vessels. Effects of the changes in gas volumes may be grouped as follows: eardrum ruptures, inflammation of the middle ear, sinusitis due to change in the volume of air in the sinuses, toothaches (dental carries), stomach aches due to difficulty passing gas.

Thanks to the ideal proportion of oxygen, we can comfortably breathe and our circulation functions properly. Prof. Michael Denton says that if the density of the air had been a little higher, the air resistance would reach great proportions and it would be impossible to design a respiratory system to supply enough oxygen for a breathing organism. Between the possible atmospheric pressures and the possible oxygen proportions, looking for an optimum digital value for life, the bracket we come across is a highly limited one. The fulfillment of so many requirements for survival within this narrow bracket certainly points to perfect design.

The perfection of God’s creation becomes once more manifest in the course of our study of the atmospheric pressure, in harmony with the oxygen content of the air, suiting our biological makeup.