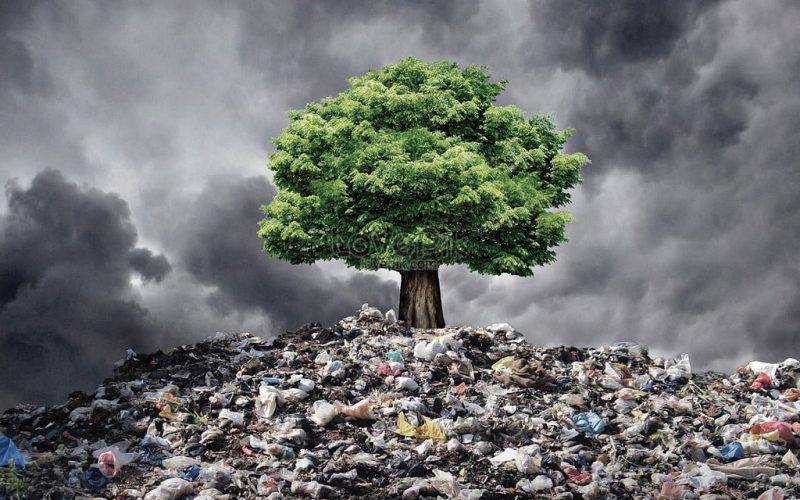 41- Corruption has appeared on land and sea because of
what the hands of people have earned, He thus lets them taste the
consequences of their works that they may return.
(30- The Romans, 41)

Man has been paying the cost of damages he has inflicted on his surroundings and nature throughout centuries. Passion for more money, sloth and irresponsibility have made man blind to the fact that he is part of his natural environment and that the damage he causes will unavoidably affect him. The development of environmental consciousness in man, who has suffered from damages of his own doing, is a recent event. Environmental awareness only received special emphasis in the world after 1970.

In a century and place where environmental awareness cannot be said to have existed, the reference made in the Quran to this fact, that is to the corruption caused in the land and the sea on account of that which men’s hands have wrought, is a lesson of great scope. We translate the Arabic word “bahr” as “sea” (However, it may also designate large lake, reservoir, inland sea, waterway, etc.). We are advised that we are not allowed to dispose as we like of nature’s endowments since otherwise we shall have to pay for it. We are also informed that the damage caused by man to his own environment will also affect the land and the sea beyond his own limits. Therefore nobody is allowed to say, “I am on my own. No one can meddle with what I do.” Nature is our common heritage and it is everybody’s duty to contribute to the checking of this transgression.

DAMAGE CAUSED TO THE ENVIRONMENT

It is correct to say that the industrial revolution in the 19th century highly contributed to the growth of pollution. It is, however, not correct to say that this was the beginning of pollution of the environment. This process had been going on since ancient times. What is new, however, is the development of ecology and the ecological consciousness. To begin with, the burning down of forests has been going on for ages. Forest fire was the principal cause of such diseases as man often suffered in the past, like sinusitis and antrakosis.

During the Middle Ages, environmental pollution seems to have been an important problem. In the England of 1345, people who tossed feces out of their windows were fined two shillings. In the 12th century, Philippe Auguste of France was the first king to ordain the collection of abominable waste littering the streets of the city. The public who disposed of their waste by channeling it into waterways polluted the springs they drank from. The first law on pollution that we know about was passed in 1388 by the British parliament; this law prohibited the throwing of waste into the streets and waterways. Transgressors were to be reported by the people residing in the precincts to the private secretary to the king. Only after it reached extraordinary proportions was the pollution made subject of the law.

The situation became even graver during the industrialization period in the 19th century. Metallurgy, iron and steel works polluted the land, the water and the air. This is even reflected in the novels of Charles Dickens and writings of Friedrich Engels that describe the pollution in London. In 1930, sixty-three people died of pollution in the Mosa Valley in Belgium. The situation in London, in 1952, was even more serious. Four thousand died of upper respiratory tract diseases because of man’s destruction of nature.

The situation at present is hardly any better. There may not be such mass mortality, but according to the World Health Organization, more than one billion people are under threat from pollution. It is impossible to evaluate the degree of damage the public has suffered from throwing garbage and waste to the sea. This habit is still going on. Sea pollution that threatens the marine fauna and flora, and the settlement in their tissues of noxious substances, is thought to be the cause of many illnesses, including cancer. Carbon dioxide emissions from cars and factories also contribute to the so-called “greenhouse effect,” and it is feared that drastic changes in global climate are causing catastrophic disasters.

We see that environmental pollution is one of the greatest dangers for humankind. This reference to pollution in the Quran at a time when there was no environmental awareness is remarkably interesting. The Quran was not penned like books that are products of the human mind under the influence of social and sociological realities in due consideration of the current issues. It is sent by God, Lord of all times and beings. Knowledge unavailable at the time of its descent, problems of the past and of the future are all present in the Quran. Man is the author of his own destruction. The verse serves as a warning to redress his wrongdoings. The more we expend effort to counteract our past shortcomings, the better we can protect ourselves against catastrophes. Ecology must be our common concern.