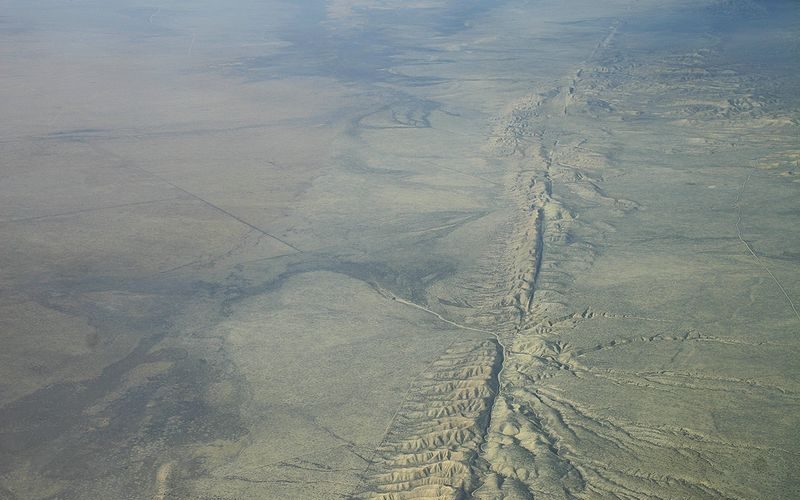 In the above verse there are also factual implications that the public during the Prophet’s time did not know. As faults had not yet been discovered, the verse was believed to refer to the opening of the earth for the sprouting of vegetation.

In the post-Second World War years, scientists intensified submarine research activity with a view to having access to precious metals and minerals. During this research work, they came across something quite unexpected; the bottom of the seas were covered with fissures that came to be called “faults” or “cracks.” If we draw an analogy between the period that has elapsed since the Second World War until today with the period that has elapsed from the time of the descent of the Quran 1400 years ago, when there was reference to this information in the Quran, we can better appreciate the value of this reference.

The Quran draws our attention to the sky, then to the earth, displaying the hidden mysteries and inciting us to inquire into them. As is the case with the sky, so it is with the depths of the earth-endless mysteries waiting to be unraveled. The “fractured earth” referred to in the verse is of towering importance from the point of view of establishing a connection between the magma under the ground and the surface. These cracks also play a decisive role in the formation of the submarine topography.

Information about the faults is also important as it provides us with detailed knowledge about earthquakes. Big earthquakes occur along the fault lines on the crust. Differentiated movements in the huge masses of substrata form a strain along the fault line. The rocks on each side of the cracks try to resist it before the crust gives way.

In any single earthquake, the amount of slip, in other words the relative displacement of the two fault surfaces, may be a few inches, it is only a couple of meters in the strongest earthquakes. Studies have been carried out on faults to map out the regions likely to suffer greater damages, the requirements for the construction of edifices to resist the tremor.

The greatest fault upon the earth is the one that stretches from Greenland’s offshore to Antarctica. The second largest one stretches along the Pacific Ocean along the Western shore of North and South America. The third important fault lies in the depths of the Asian continent under the Himalayas and follows the South Asian direction. Along with these greater ones there are shorter ones as well.

The Quran directs our attention to places where earthquakes can be expected to take place. If we give up our custom of reciting the Quran merely for the souls of those who have departed, and take it as a guide for our life, we can reach the truth hidden in it.

89- We have sent down to you a Book explaining all things, a guide,
a mercy and glad tidings for those who submit.
(16- The Honeybee, 89)