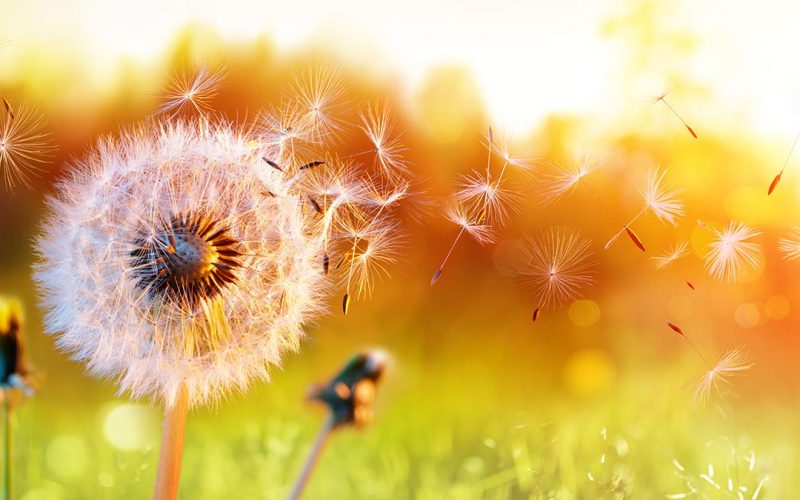 Research conducted on physical phenomena and plants demonstrated the importance of the fecundating property of winds. Winds play a role in the reproduction of plants by transporting small reproductive bodies produced in pollen sacs of the seed plants. The winds have also the character of fecundating the rain clouds, another essential factor for life on earth.

Before rising to the upper layers of the atmosphere, the gaseous suspension of ultramicroscopic particles of a liquid called aerosol, generated by foaming in seas and other waters, gets mixed with the dust that the winds sweep from the lands. These particles combine with water vapor that condenses around these particles. Had it not been for these particles, one hundred per cent water vapor could not form the cloud. The formation of clouds is the consequence of the winds’ formation of the water vapor in suspension with the fecundating particles they carry. Had the winds failed to perform this duty there would not have been any rain clouds. As there would be no rain, life could not thrive upon the earth. However, winds have other functions as well. Clouds charged with positive and negative electricity, weighing tons, are swept by winds. Without winds there would be no clouds; even if we assume that they did form, the water would then fall down upon the seas and waters over which they condensed, and human beings, plants and the animal kingdom would be deprived of their benefit.

So the clouds are formed thanks to winds, and it is thanks to winds that rains fall over the land. Life can only thrive upon the earth thanks to rain. We are witnessing again the perfect design of our Creator.

The Quran stresses the great role of the wind, an essential for our lives; another example of the generosity of our Lord. Indeed, the rain is affected, among other things, by the rotation of the earth, by the topography, by the low and high pressure zones, etc. If our world did not have an inclination of 23.5 degrees then the cooling and the effect of the sun on the North and South poles would not be subject to daily change. The difference of temperature between the equator and the poles causes moderately blowing winds. If the topography of the world had been different, the winds blowing from the poles to the equator and from the equator to the poles might turn into ravaging storms.

Mountains, planes and plateaus are designed so as to allow the winds to penetrate every nook and corner, creating warm and cold front systems. The wind, the rain, the mountain, the rotation of the earth and the heat are interconnected. Whoever created one of these elements is also the Author of the rest. This interconnection cannot be refuted. This interrelatedness is another evidence of the oneness of the Creator. All these subtleties, perfections and details are meant to reflect His artistry, wisdom and unlimited power.

When a breeze blows, refreshing the sultry atmosphere we are breathing, let us remember His munificence, as we take delight in having been caressed by it. The wind is mathematics, art, power and science all at the same time. All these phenomena present a perfect design behind them and show that we are not abandoned figures. The wind, regardless whether it is a gentle breeze, a brisk northern wind or a sultry south wind, is designed by our Creator, governed by physical laws without which man cannot survive.

5- …and the manipulation of the winds are signs for those who understand.
(45- Kneeling, 5)