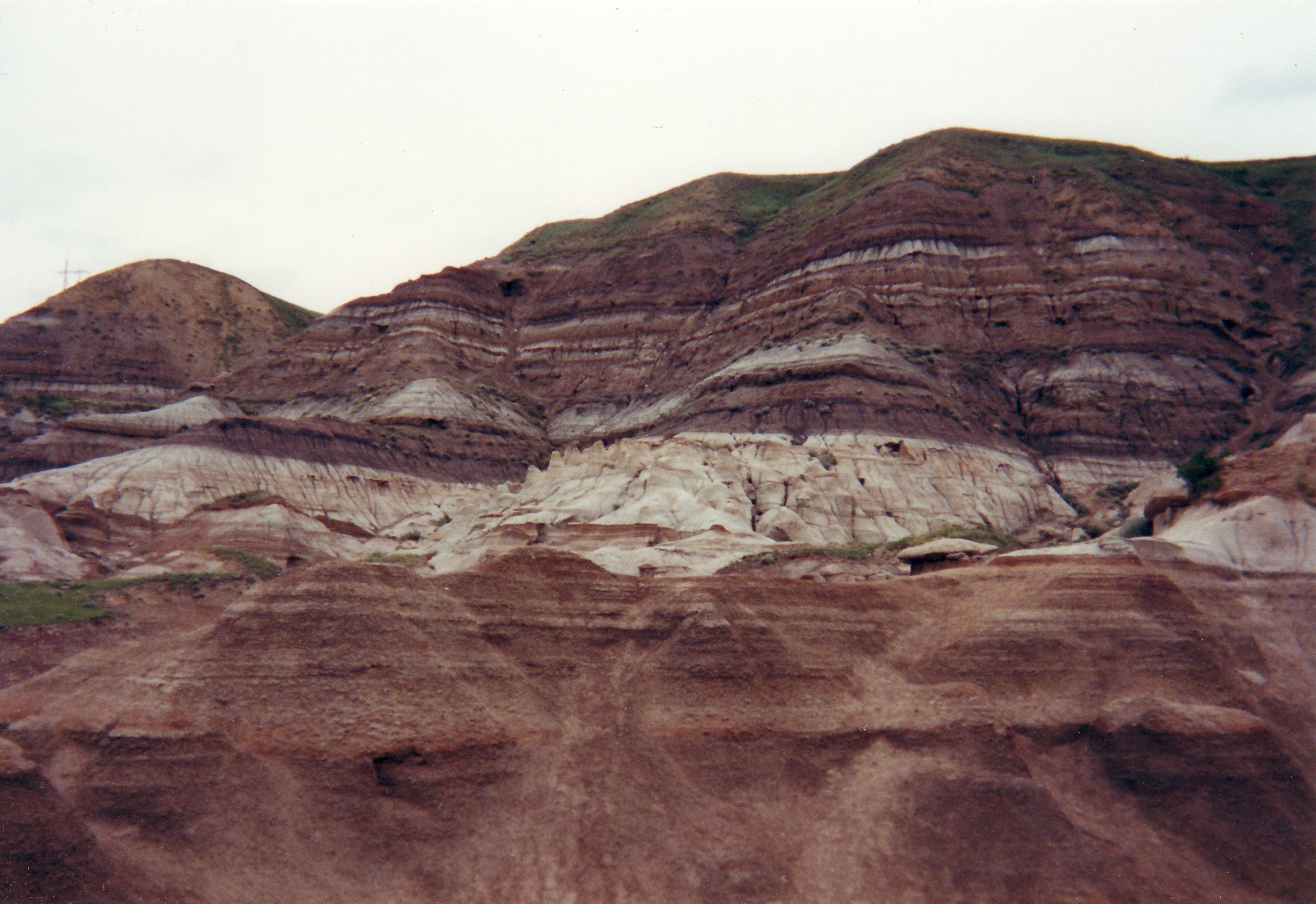 12- It is God who created the seven heavens and of the earth
the same number. The commands flow among them that you may
know that God has power over everything and everything is
held within the knowledge of God.
(65- Divorce, 12)

The 12th verse of sura 65 mentions the seven heavens and as many layers in the earth. We will deal with issue of the “layers of heaven” in an article we plan to publish in the future. The 12th verse of the 65th sura establishes a similarity between the heavens and the earth. Our earth is stratified and our life on earth depends on these layers. In the Arabic community of the Prophet’s time, the surface of the earth was an expanse full of mystery. The knowledge prevalent at the time did not permit man to have an inkling of the stratigraphy.

The number seven has special connotations in the Quran. As a matter of fact, “seven” in Arabic, also expresses a plurality; the expression “seven heavens,” may either mean the number seven as the actual number of heavens, or a plurality of heavens. This usage of “seven” in the Arabic has been commented upon throughout history by many exegetics. In the sura “Luqman”, 27th verse, the expression “seven seas” is used and in the sura “Repentance”, verse 80 states that: “Even if you ask forgiveness for them seventy times, God will not forgive them.” So, it is said that both “seven” and “seventy” express a plurality. A similar usage of the number “seven” expressing a plurality may also be seen in ancient Greek and Roman.

As we have already pointed out in previous chapters, the Quran’s statements are not meant to be miracles as such. But the fact that these statements reflect at the same time actualities beyond the grasp of the scientific lore of the Prophet’s time points to announcements of miraculous dimensions. Our aim is not only to establish truths expressed therein, but rather to meditate upon the wonderful designs of God.

Thanks to the matter forming the substance of the core that is one of the layers of our sphere, a magnetic field is produced around our world, making life on earth possible. Had the dynamo in the center of the earth been a little bit weaker, the magnetic field around the earth known as the Van Allen belts (belts of intense radiation in space about the earth formed by high-energy charged particles which are trapped by the geomagnetic field) would fail to form an obstacle sufficient enough to stop the lethal radiation threatening our world. The harmony in the concentration of such substances as nickel and iron in liquid form within the core of the earth renders possible the function of the Van Allen belts. All these minutely calculated designs are created in perfect order by our Creator in preparation for man’s emergence upon the earth.

It took our earth billions of years to cool (it is estimated that the earth formed about 4.5 billion years ago). Despite this fact, the core of the earth contains lava, the temperature of which is extremely high. The proportion of the upper crust of the earth, of the soil – on which we live – to the world, may be likened to the ratio of the peel of an apple to its mass. The proportion of the crust of the earth to the diameter of the world is less than 1%. We are far from being conscious of this fact as we read our book, go on a walk, eat and talk. The terrific phenomena occurring in the core of our earth have little unwanted effect on our condition upon the earth where we continue to live as if by the side of a calm lake. These occurrences we qualify as terrific because the high temperatures and magnetic phenomena are in actual fact necessary for our survival. Our existence depends on these phenomena without being adversely effected. The phenomena in question are far from fortuitous and beyond our control. God is the Author of all these correlated phenomena. It is incumbent upon us to give thanks to our Creator in full consciousness of our human frailty for all the beauties and perfection we are witnessing.

The earth is made of many different and distinct layers. The deeper layers are composed of heavier metals; they are hotter, denser and under much greater pressure than the outer limits. One of the layers is the Oceanic Crust (1), and another one is the Continental Crust (2). Beneath is the Upper Mantle (3). Another layer is the Asthenosphere (4) that exhibits plastic properties. Beneath is the Lower Mantle (5). The Outer Core (6) is underneath; its liquid content with the dynamo effect generated by the rotating of the earth forms the protective magnetic field around it. And the last layer is the Inner Core (7).

We see that our world is made of layers whose raw material and function vary. The figure 7 is again indicated in the Quran for the layers of the earth. If the two layers are integrated into a single layer for study purposes, changing the figure 7, then the meaning of 7 in the Arabic language must be taken as a plurality. A detailed examination of God’s wonderful world shows that God has power over all things and that God comprehends all things in His knowledge, as it is said in the verse which we examined in this chapter.