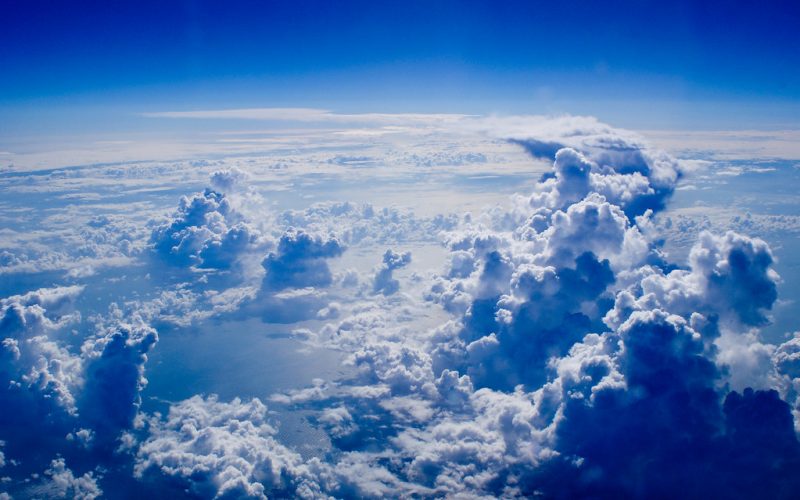 The atmosphere is a gaseous envelope of 10,000 km surrounding our planet, invisible to the eye. Millions of meteorites of varying sizes keep falling from space in the direction of our world. Despite its transparent structure, our atmosphere puts up a bold front against this meteorite bombardment like a steel shield. Had it not been for this feature, there would have been no life on earth, and our world would have been riddled with holes. We witnessed a sample of it when we landed on the moon. Meteor showers kept hitting the surface and the meteoric bodies of greater volume penetrated the crust of the moon, digging deep holes on it. Meteors strike the molecules in the atmosphere with a great speed, and the heat generated turns them into dust particles before disappearing in the air.

The atmosphere also has the function filtering the harmful rays of the sun, protecting life on earth against extinction. This ingenious design partially absorbs incident electromagnetic radiation. Thus, the atmosphere filters the rays harmful to life while letting the rays that foster life on earth pass through. The heavens perfectly perform the duties and functions apportioned to them by God, and unfold before the eyes of those able to discriminate intelligent and teleological creation. The verse refers once more to the dogmatic disbelievers blind to these marvels. All these formations in the atmosphere show the design behind them, namely, the creation and perpetuation of life.

The approximate temperature in space is -270 degrees Celsius. Our earth is protected against this cold thanks to the atmosphere. The atmosphere prevents the energy directed to the earth from going back to space. The atmosphere arranges an even distribution of heat on earth by meteorological phenomena. A hot air mass is thus carried to parts less warm in the atmosphere, establishing a balance between the overheated equatorial and the cold polar regions. Protection from the lethal cold and heat is secured thanks to the perfect design of the atmosphere.

The Van Allen belts protect us against radiation bombardment. Had it not been for this, life on earth would have been impossible. The lethal cosmic rays coming from the stars other than the sun cannot penetrate this shield. These plasma clouds can reach 100 billion-fold the value of the atom bomb dropped over Hiroshima. Thanks to the Van Allen belts at a distance of 60,000 km from the world, the solar winds cannot penetrate the earth we live in. The “Well protected roof” in the 21st sura, verse 32 is the result of the speed of rotation of our world, its position in relation to the sun, the structure, the shape and thickness of atmospheric layers, the structure of the core of the earth, the proportion of the constituents in its composition and the perfect and harmonious combinations of a multitude of parameters. The Author of all these prerequisites for our life cannot be other than the Creator Himself. Logic and conscience cannot accept that all these protective measures in the sky have come about fortuitously and that the Quran was the product of a human intellect and genius.