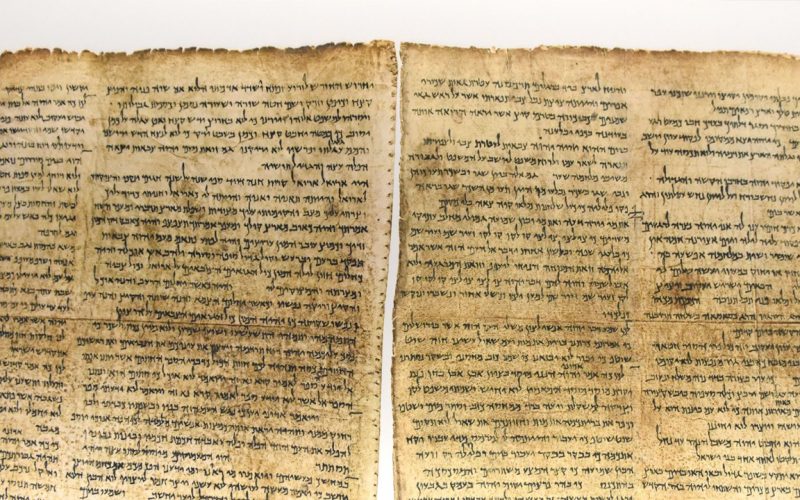 15- O people of the Book! Our messenger has come to you to proclaim for you many things you have concealed in the Book, while passing over much.
A light and a perspicacious Book has come to you.
(5-The Feast, 15)

The Quran claims that the Jews and Christians have used every endeavor to hide or suppress many data. Some of these are related to the information for the arrival of Muhammad. In this section of our book we shall dwell on passages that have likely been suppressed.

The three monotheistic religions have addressed mankind, bringing almost the same message, with a few reservations that are particularly related to rituals. That God is one and man should adore only one God, the Omnipotent and Omniscient, are common to all the three religions. The Day of Judgment is another common feature. Protection of human life and of the right of possession, sharing one’s riches with the poor, seeking peace and justice, praise of God on every occasion, giving thanks to God and praying are some other points shared by these three religions. As time went by, the clergy and their ignorant followers corrupted the original tenets of the creed. The Quran makes allusions to these men who corrupted the originality of the religion (See: 2-The Cow, 75; 5-The Feast, 13; 9-Repentance, 31-34). This issue is outside the scope of the present work and will be the subject matter of another publication. To misconstrue meanings, to idolize and deify prophets or religious men, and to make interpolations in the scriptures have been the common trend of bigotry. Once the bigots of all the three religions are disposed of, mankind will understand better that the messages of all of them are the same. This is, however, beyond the scope of the present book.

The Torah, the first Book of the three monotheistic religions, predicts the advent of Jesus and Muhammad. The Gospels bear witness to Moses and make allusions to Muhammad, while the Quran, being the last Book sent, confirms both Books that preceded it. The miraculous predictions in the Quran are valid evidence that confirm the other Books. (However, we must take due note of the fact that the Old Testament and the New Testament may have been affected by interpolations in the course of time, although many of their fundamental messages remain the same.)

We intend to examine the indication related to the advent of Muhammad. What makes many Christians disturbed is the discrediting of the concept of the Trinity and the belief that Jesus is merely a prophet. If one accepts the fact that the Gospels predicted the advent of Muhammad, the praise of Jesus to the point of deification will automatically cease. The signs in the Gospels heralding the advent of Muhammad have been hushed up. The church will continue to stick to its age-old creeds in order to be able to wield its ongoing authority and maintain its very existence. We must remember that Jesus spoke Aramaic. The oldest versions of the Gospels are in ancient Greek and Latin. Some interpolations may have taken place during the translation into those languages.

61- And when Jesus of Mary said, “O children of Israel! I am God’s messenger to you, confirming the Torah before me and giving glad tidings of a messenger to come after me whose name is praised (ahmad).”
(61- The Column, 6)

The Quran says that Christ gave glad tidings of the advent of Muhammad. Those who failed to find directly such an expression in the Gospels -based on the Quran’s statement that the believers in the Bible had concealed their religion thought that the Christians had obliterated the relevant verses in the Gospels. This may have been true for some of the verses. Some researchers have conluded that some of the meanings have been misconstrued and that the said tidings in the Quran still existed in the Gospels.

The Quran mentions the adjective “ahmad” (meaning being praised). As a matter of fact the names Ahmad and Muhammad stem from the same root. Eventhough some interpreters accept “Ahmad” as the proper name used for our Prophet in the Quran, we believe that its literal sense; praised, should be the meaning given to it, for the name Muhammad is mentioned in four different places in the Quran: (See, 3-The Family of Imran, 144; 33-The Parties, 40; 47-Muhammad, 2; 48-Victory, 29). However, nothing would change if “Ahmad” were to be taken for a proper name or an adjective. Both have some meaning and are derived from the same root, viz. H-M-D.

Let us take a look at the prediction of the Prophet in the Gospel according to John. Jesus’ last words, exchanged with his disciples before he was arrested and taken away at the conclusion of the Last Supper, are recorded only in the Gospel according to John. The other three Gospels do not mention them (ascribed respectively to Matthew, Mark, and Luke). How should we explain, then, the absence of his conversations with his disciples in the three other Gospels? Can it be that they existed once in the other Gospels, but were omitted afterward?

15. If you love me, you will keep my commandments.

16. And I will ask the Father, and he will give you another Helper (Paraclete) to be with you forever.

26. But the Helper (Paraclete), the Holy Spirit whom the Father will send in my name, he will teach you all things and bring to your remembrance all that I have said to you.

7. Nevertheless, I tell you the truth; it is to your advantage that I go away, for if I don’t go away, the Helper (Paraclete) will not come to you. But if I go, I will send him to you.

8. And when he comes, he will convince the world concerning sin and righteousness and judgment.

13. When the Spirit of truth comes, he will guide you into all the truth, for he will not speak on his own authority, but whatever he hears he will speak, and he will declare to you the things that are to come.

14. He will glorify me, for he will take what is mine and declare it to you.

Christians claim that by “Paraclete” is meant Gabriel. On the other hand, Prof. Maurice Bucaille, who censures the interpretation of the word “Paraclete” mentioned in the Gospels as the Holy Spirit (Gabriel), gives the following account based on the etymology of this Greek word, pointing to its meaning: “The teaching of mankind referred to here is in no way restricted to the inspiration provided by the Holy Spirit (Gabriel). Due to its intrinsic meaning in the Greek that denotes spreading of knowledge, it has a concrete connotation. The Greek verbs ‘akouo’ and ‘laleo’ refer to concrete acts which can only be related to a being endowed with the sense of hearing and speech. Therefore, attribution of such acts to Gabriel is preposterous. The logical conclusion is that the reference in John’s Gospel must be to a man endowed with the sense of hearing and talking, like Jesus Christ. The Greek text categorically requires these faculties. It follows from this that Jesus Christ had predicted that God would send after him another man who would bear God’s commandments and messages, to be transmitted to mankind like the mission of a prophet. The words in some of the present texts referring to the Holy Spirit are interpolated. The objective was to alter the meaning of a text in which the advent of a new prophet was predicted.”

19. Now this is the testimony of John, when the Jews sent priests and Levies from Jerusalem to ask him, “Who are you?”

20. He confessed, and did not deny, but confessed “I am not the Christ.”

Three questions are asked to John the Baptist to which he gives negative answers:

In the Gospel according to John, John the Baptist explicitly states that he is not Elijah. Three different people are mentioned:

3) The Prophet. We know that John the Baptist was contemporary to Jesus. The Gospel says that Elijah had come and suffered in man’s hands (Matthew 17, 12).

Who was “the Prophet” then? Men had been waiting for the advent of the Prophet mentioned in the Old Testament (Deuteronomy 18, 18; we have already examined this in the previous chapter). It is clear, then, that “the Prophet” is a person other than Jesus. Who was, then, “the Prophet” who had not come yet during the time of Jesus and carried the messages of God to the people? We think that there is no other person than Muhammad who fulfilled this mission after Jesus.

HOW TO RECOGNIZE FALSE PROPHETS?

15- Beware of false prophets, who come to you in sheep’s clothing,
but inwardly they are ravenous wolves.

16- You will recognize them by their fruits. Are grapes gathered from thornbushes or figs from thistles?

19- Every tree that does not bear good fruit is cut down
and thrown into the fire.

20- Thus you will recognize them by their fruits.

Nowhere in any of the Gospels does it say that no other prophet will come. The following criterion is given in the gospel: Examine the fruit and distinguish between the one who speaks the truth and the one who is a liar. If no other prophet had been predicted to come after Jesus Christ, he might have said: Whoever comes after me claiming to be a prophet, he is a liar. The method that Jesus suggested to distinguish between the real and the false prophets is a sufficient proof of the advent of a prophet after Jesus. This fact should constitute an acceptable evidence for Christians. Someone who came after Jesus, who believed in one God, who put his trust in God, who loved Him and was instrumental in establishing societies that had gotten rid of their idols, could not be any person other than Muhammad.

MEETING AT A COMMON POINT

The problem of God, the Father and God, the Son was the consequence of an interpretation made by the Church. God in the contemporary Gospels is referred to as the “Father” of all men and his believers, his sons. The words “Father” and “Son” are but similes, as an impartial reader may readily see:

So that you may be the sons of your Father who is in the heaven.
Matthew 5, 45.

Our guess is that an expression that the persons referred to in the Aramaic language as the God and Lord of all people was rendered into Greek as “Father” and the expression that referred to “a cherished servant” was rendered as “Son.” The source of this distorted translation must have been the men clothed in religious garb. As we have no Aramaic version in hand, we cannot prove this argument. However, the way these words are used in the Gospels supports our point of view. The religious authority that silenced all arguments against it during the Nicene Ecumenical Council laid down the concept of the Trinity. Before concluding, we would like to quote two more verses from the Quran.

31- They take their anchorites, their priests and the Christ, son of Mary,
as Lords instead of God. Yet they were all commanded to worship only one God. There is no god except He. Glory to Him, from having the partners they associate.
(9- Repentance, 31)

4 Replies to “SIGNS IN THE NEW TESTAMENT”