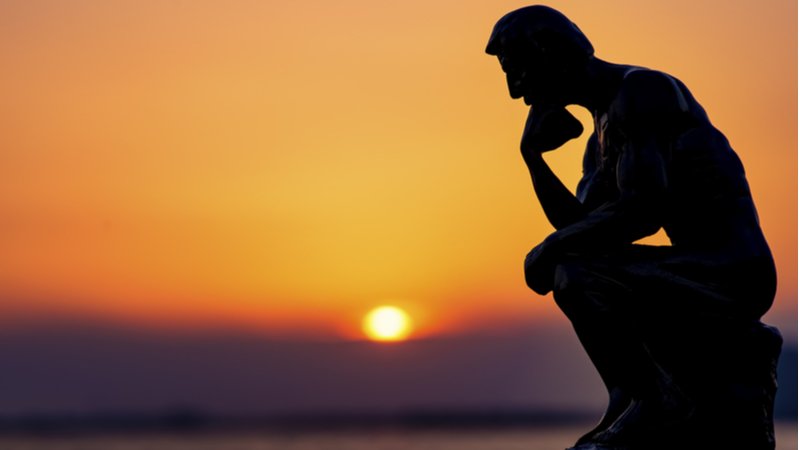 53- We will show Our signs to them in the horizons, and within themselves,
until it becomes clear to them that it is the truth.
Is it not sufficient that your Lord witnesses all things?
(41- The Elucidated, 53)

The Quran uses “nafs” (self) to express consciousness, the quintessence of our personality. “Nafs” is integrated with our physical body; the author of all good and bad acts is our “nafs.”

The point we should like to dwell upon now is the verse’s allusion to signs in ourselves. There are a priori categories that the mind is constitutionally endowed with, concepts or ideas that are not derived from experience. The subject we speak of in this chapter is not based on findings obtained by satellites, telescopes, submarines or on the recent developments in physics, chemistry or biology. Here we find ourselves surrounded by the available data of a rich philosophical background. The tribe to which the Prophet belonged dealt in trade and animal husbandry. The Prophet himself was not brought up in a milieu like Plato’s Academy or in an environment where the colorful and lively schools of philosophy like Cartesianism flourished. Therefore, the fact that the Quran made a distinction between the outward signs and the signs immanent in man’s soul is noteworthy.

The basic message transmitted by all the religions revealed by God is the fact that He is a Perfect Being. This becomes all the more apparent when we witness all the entities created by God. In the ontological argument, attainment of God is achieved not through exterior means, but from the idea of “Perfection” or “Perfect Being” inherent in each of us.

Nevertheless, this argument is, more often than not, associated with Descartes. To avoid committing error, he sets out in his philosophical quest by considering all past knowledge as if it were nonexistent. He begins with the statement that many of the preconceived opinions he has accepted since childhood have turned out to be unreliable; so it is necessary once in a lifetime to demolish everything and start again right from the foundations. There follows a systematic critique of previous beliefs. Anything based on the senses is potentially suspect, since I have found by experience that the senses sometimes deceive and it is prudent never to trust completely those who have deceived us even once.

Descartes expresses his “cogito argument” in the famous phrase, “cogito ergo sum” (I think, therefore I am). He derives from this argument that he exists incontestably and that thinking can never be confuted. Later he realizes that knowing is more perfect than doubting and explains how this idea of perfection leads him to the most perfect, to the idea of a supremely Perfect Being.

He reasons that the representational content (or objective reality) of this idea is so great that it cannot have originated from inside his own (imperfect) mind, but must have been planted in him by an actual Perfect Being – God. Things outside him like the sky, the earth, the light and the heat and a thousand other things, all these things contained nothing that would surpass him. If they were unreal he might have concluded that he had acquired them from the void. However, this could not hold true of a Perfect Being. He could not have acquired it from nothingness.

Descartes concluded the existence of God after having examined the evidence inherent in the self. He said that this conclusion was not an invention of his imagination, and that to add or subtract anything to or from it was beyond him. He had to accept the fact that he had come to the world with this a priori idea. Like the initials that an artist imprints on his work, God had implanted this idea as He created him.

The Quran speaks of signs in the “self.” So far, we have gone over “the idea of the existence of God” innate in us, as propounded by Descartes and other thinkers like him. We believe that the verse that refers to signs in the “self” meant much more. We are of the opinion that the “self” considered an a priori entity and all the characteristics innate in us come within the scope of this verse. For example, experiments conducted in the last 20-30 years in modern psychology show that concepts like good-bad, right-wrong, just-unjust are a priori. In an experiment, a group of children who were under one year of age were shown puppets. One group of the puppets was helping each other while the other group was hindering each other. It was observed that the children preferred the helpers to the hinderers and in some cases they even punished the hinderers by beating them. Since it is impossible for a child in that age to have a notion of “good” and ”bad” and to have a complex concept like “justice,” it appears that those concepts are a priori. Most of the fundamental commands and bans of religion are related to morality. These a priori moral concepts are the proofs that God will give us obligations related to those a priori moral values.

30- Therefore you shall devote yourselves to the monotheism, to the true nature on which Allah has created human beings. There is no alteration of God’s creation: this is the right religion, but most people do not know.
(30- The Romans, 30)

What have been encoded in us as a priori data when we were created, conforming to the precepts of the religion revealed by God, are evidence of the perfect creation of God. If we consider the contents of the verse 41-The Elucidated, 53 that speaks of signs in the “self” as being in conformity with the creation, the matter may be understood better. Many people encounter difficulty in understanding Descartes’ expression of “innate ideas.” To have a better insight into Descartes’ arguments, we need to concentrate very attentively on the structure of the mind. It might be better to conceive of this as the conformity of our creation with the precepts of religion, since it can be understood easily. Most of us seek answers to the questions, “From where do I come?,” “What is the purpose of my existence?,” “Where am I heading?” The reason for our asking such questions is that we are created in such a way as to feel the necessity of asking them. There are many people – people who have inhibited their own impulses – who evade asking such questions and avoid meditating upon them. Our Creator’s inducing us to pose such questions, His creating us disposed to have faith in religion, are indications of a religion that He would reveal. For there is nothing that can provide an answer to such questions outside religion. One of the evidences of the existence of religion is our having been made in a way to be in need of believing in it.

God who makes us thirsty has also created water to quench thirst. God who makes us hungry has also created the food we need. Getting thirsty and hungry are different from the existence of water and food in the outside world. We might feel the need for something that did not exist in the world, rather than water, viz. the molecules whose constituents are hydrogen and oxygen. But the fact is that our body is made to want what it is programmed in it. To be immortal is the thing we desire most, more than our need for water and a meal. Survival is more important than all desires and passions. God made us in such a way as to wish for an afterworld. This need we feel is an evidence of the Hereafter.

Our creation includes in its scope all His evidence, of the evidence of religion and of the Hereafter. We would like to draw your attention to the expression in the above verse: “There is no alteration of God’s creation; this is the right religion.” The person who can decipher the meaning of these signs believes in God, His religion and the Hereafter. The last sentence of the verse, in which it is said that the majority of people do not know this, is very meaningful. As a matter of fact, many people fail to appreciate these signs innate in them, thereby denying themselves.