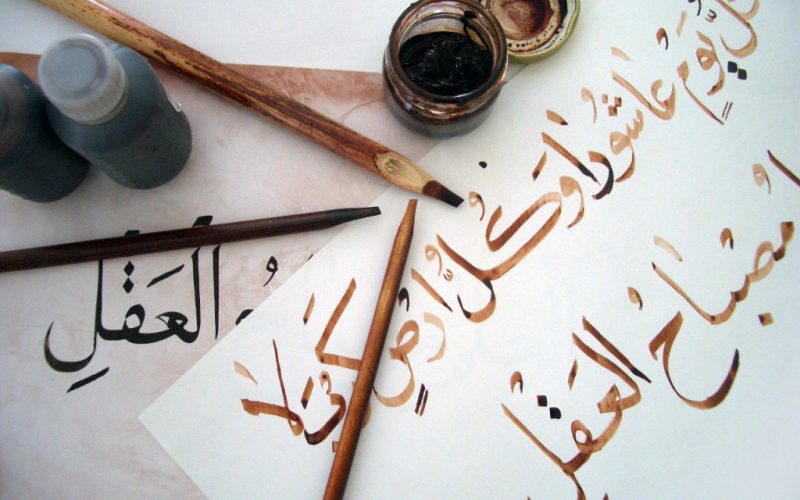 30- When your Lord said to the angels: “I will place a successor on earth.” They said: “Will you place one there who will commit disorder and shed blood, while we praise You, and extol Your holiness.” He said: “I know what you do not know.”
(2- The Cow, 30)
31- And He taught Adam all the names. Then presented them to the angels, saying: “Tell Me the names of these if you are truthful.”
(2- The Cow, 31)
32- They said: “Glory to You, we have no knowledge except what You have taught us. You are Knowing, Wise.”
(2- The Cow, 32)
33- “O Adam, give them their names.” When he told them their names, He said: “Did I not tell you that I know the secrets of the heavens and the earth? I know whatever you reveal and whatever you conceal.”
(2-The Cow, 33)

So far we have dealt with subject matters related to such natural sciences as physics, astronomy, biology and geology as miraculously developed in the Quran. In this chapter and in the next two chapters, we will embark on important philosophical considerations indicated in the Quran.

In the verses quoted above the subjects treated are the creation of man by God and His placement of him on earth. Angels who fail to conceive the reason for man’s creation – a potential for committing disorder and shedding blood – bring up the problem of evil and ask God for a justification. God says that He knows things that they do not know and that there is wisdom in everything He creates. In the proceeding verses, God by emphasizing man’s faculty of speech, shows the angels the special status of man.

In this chapter we are going to tackle the importance of man’s use of language. The superiority of man as a being depends on his capacity to use a language. The philosophy of language developed in the 20th century and the vast studies carried on the issue asserts that without language we could not exist as persons as such. Once, Bertrand Russell in the 1920s (he was in his 40s then and had already produced most of the works which had given him prominence) acknowledged that he considered language as a means at the disposal of man, which he could use without giving it special attention. Bryan Maggee claimed that this held true not only for philosophers, but also for novelists, poets and playwrights. Self-consciousness in the use of language developed, especially in the twentieth century, and became one of the philosophical characteristics of the age.

This development is not limited to a superficial interest in words but also includes in its scope beliefs related to basic issues. The abstract thought made possible by language has proven to be the most important factor in conceptualizing all the aspects of reality in which we had not participated directly, and in handling it as well as in our communication with our environment. The general consensus is that this is the major characteristic that differentiates us from animals. Thus, learning a language enables us to become ourselves. The importance of language had not been conceived as so great, both as regards mankind in general and the individual in particular.

The Quran, 1400 years ago, stressed this importance. Those who take an interest in philosophy should know that most of the new ideas are based on the depository of past acquisitions. Wherever there are hot debates, wherever ideas clash, new concepts arise, be they correct or irrelevant. During the Prophet’s time, there seems not to have been significant philosophical discourse. The Quran’s reference to the relevance of language at such a time – which people would only realize long afterwards – is an interesting statement indeed. At the time and place of the descent of the Quran, there were neither concerns about language nor about its philosophical profundity.

HOW DOES THE BABY BEGIN TO SPEAK?

Frege’s and Russell’s studies of the philosophy of mathematics led to the emergence of the philosophy of language. Noam Chomsky’s statements about language had a considerable impact in the 50s. To be able to handle something as complex and difficult as language cannot be explained just with the hypothesis that the baby learns it only after he is born without any a priori tendency. Formerly, it was believed that a language consisted of a series of habits, skills and aptitudes and was acquired by exercises, repetitions, generalizations and associations. The undeniable fact is that the majority of the public receive no systematic education. In other words, the parents, in general, do not teach their children about pre-established linguistic principles. This becomes all the more apparent if one considers that the great majority of the world’s masses lack a proper education. Yet, this does not rule out the fact that babies do learn how to speak in their tender age.

We agree with Noam Chomsky. The baby must be fully equipped and ready to learn how to speak as soon as it wants to communicate with its environment. As our eyesight is made ready to perceive the world at large, so is our mind prepared to use its innate capacity to acquire what is being spoken around it. As the eye begins to see, wherever there is light enough, so are the ear and the mind exposed to hear the language spoken, in an environment ready to acquire it. As Humboldt says, we acquire as a baby the skill to use finite means in infinite ways. Even intellectually restricted children do the same.

Chomsky explains with the following example how the mind is created to learn language: “We can think the initial condition of the mind as a function. When the input regarding the experiment is given, we receive the linguistic of the language as an outcome. It is just like when we put the number nine in a function to obtain its square root, we receive the number three.” As we can comprehend from Chomsky’s statement our mind is ready to function just like a calculator that is ready to calculate. When our mind meats with a language, it learns that language.

Language is an innate gift of God to Adam and his offspring. If we go back to the days of our babyhood and inquire into the ways by which we acquired the faculty of speech and built a vocabulary, would we not be in a difficulty to account for the process, especially if this happens in our most impotent years? How is it then that we learn how to speak without any conscious contribution on our part?

WHAT WOULD HAPPEN IF THERE HAD BEEN
NO SUCH THING AS LANGUAGE?

To appreciate the value of language, we must look for an answer to the question “What would happen if there had been no language?” Had there been no such thing as language, there would have been no states, cities, villages or even families. In a milieu deprived of all social institutions, no production would ever take place. Consequently, there would be no textile products, cars, glassware, pencils, notebooks, etc.

The development of language is certainly possible. But this is possible only when one knows certain level of a language. A language can develop just like a plant that sprouts. The absence of a language would mean the absence of seeds, the consequence of which would be the absence of vegetation. Just consider (for a while) that a word is found for a particular concept. On the assumption that men were deprived of a “language,” the fancied word would be doomed to sink into oblivion. Given the fact that the importance of language cannot be conceived without it, the socialization of occasionally uttered unintelligible words or sounds emitted cannot be made into a coherent common means of communication.

Language is a means calling for consensus of a community. In a milieu deprived of social consciousness, the invention of a language based on consensus is unimaginable.

The newborn is the most helpless creature among the creatures of the earth. It is dependent on its parents for survival. In the absence of a common language there would be no communication, and, therefore, no family. The paternity of the child could not be established. Only the mother could be identified. Where knowledge does not exist, it is difficult to establish any connection between the sexual act and the birth, notwithstanding the period of nine months that elapses before the child is born. Even this connection is made possible by the use of language. The establishing of the family unit and the restriction of sexual relations to couples in humans require the use of language. In such a milieu, the child can only recognize its mother. It would not be easy for a mother to feed her child all by herself. Man cannot be compared with other living beings. Most of the living creatures begin to walk, to fly and seek food a very short time after they are born. The majority of the species of animals are programmed to protect themselves. The long lasting maintenance of the human baby- the weakest of all living beings – is secured thanks to the culture and the communication the language provides. The faculty of thinking through the use of words replaces the innate programming of other living beings.

Had men been deprived of speech from the beginning of their days, they could hardly have survived. The Quran’s statement that the first human being was taught to speak is very important in this respect. Man is born equipped with the mental capacity, with an ear ready to receive what he hears, and a mouth and tongue to express his intentions. Coincidences cannot account for the perfect and complex creation of our ear, mouth and tongue. To all these, however, has to be added the endowment by our Creator of the potential a priori faculty of speech. A more detailed study of this issue will be tackled in a further work.

1 Reply to “LANGUAGE AND MAN”