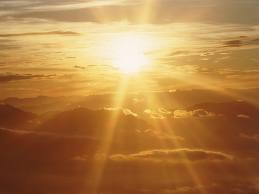 45- Have you not seen how your Lord designed the shadow?
If He willed, He could have made it fixed, then we would
have designed the sun accordingly.
(5:15)

The sun is the most important source of the light that reaches our planet. Even the light that reaches earth from the moon is the reflection of the light from the sun. The sun is the source of both light and heat. The relationship between the “sun” and “a light” (nur) is clear and both of these words are used 33 times each in the Quran (The word “light” is used 33 times in its plain form).

As a result we see that the word “sun” is used 33 times in the Quran just like the word “shadow” with which it has direct relationship, like the total of words “east” and “west” to which it causes to occur and like the word “a light” which is one of its main features.