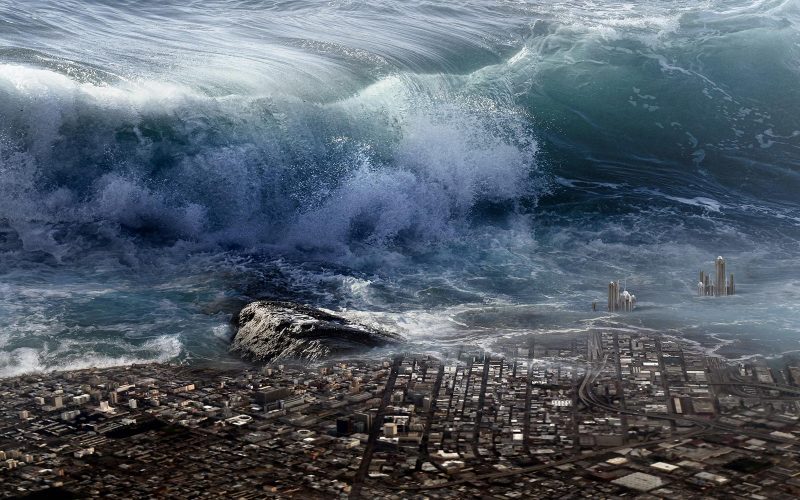 50- If We give him a taste of mercy after suffering some adversity, he says, “This belongs to me. I do not think that the Hour will come.
Even if I am returned to my Lord, I will find in Him better things.”
Certainly We will inform the disbelievers of all their works
and We will afflict them with severe retribution.
(41- The Elucidated, 50)

In the first part of our work we dwelt upon the creation of the universe. The time has come now to examine the end of the world and the universe as expressed in the Quran. We are fully convinced that there has been no other book in the entire history of mankind that has given such a detailed account of the beginning and end of the world. Delve into all the books in history preceding scientific data and you will see that there is none like the Quran. It was said that the Quran would provide the signs and evidence; here they are, then! Will these not suffice for someone who is unbiased?

It is man’s habit, confined in his own time bracket, to consider everything around him as constant and static. At the time of the Prophet, speaking of the end of the world, and especially of the universe, would be beyond conception. People ignorant of the fact that the world was an object flying in space, considered it a safe and sound place under their feet. They could not have believed that the day would come when everything would vanish.

As the accumulation of knowledge increased, thanks to scientific discoveries, it became clear that the end of the universe and of our world was inevitable. No one of sound mind today would assert that the world will exist forever. Even if no other celestial phenomenon occurs, it is certain that once the energy of the sun is exhausted, the end of the world will become unavoidable. However, the way and the exact time of this occurrence cannot be predicted.

To give you an example, the laws of thermodynamics indicate that the end will come. A stove’s heating of a room; our leaving a cup of tea to cool down are subject to this law. Especially Rudolf Clausius’s studies have led to the discovery of the law of entropy that there is an irreversible process in the universe. The total entropy continuously increases in the universe. The sun’s heat flows toward the cold of the universe and this process is irreversible…

LAWS OF THERMODYNAMICS SEEN UNDER THE LIGHT OF RELIGION AND PHILOSOPHY

Will this process go on forever? The answer will be “No.” When heat reaches a constant temperature, there comes about a static state called “thermodynamic balance.” The flow of heat from the sun and from the multitude of stars may last for billions of years, but it is not inexhaustible. At the end of a time frame, the laws of thermodynamics will cause the activities going on in the universe to come to a standstill. And we must remember that an entity that cannot last eternally, could also not have existed from eternity. Under the circumstances, we can make the following deductions:

1- That the universe had a beginning, and

All religions that have expounded belief in one God throughout history have been defenders of these two arguments. The Quran had this to say about the beginning and end of the universe. On the other hand, materialists claim that matter has existed since eternity and will continue to exist forever and ever. In other words, they deny the beginning that led to the idea of creation and the end of the world and the universe, the sine qua non of religion. (In the two verses quoted above we saw the objections raised at the time of the Prophet against him.) When, as a result of developments in astrophysics, it became clear that the universe did have in fact, a beginning and an end, some atheists tried to fit their theories to the new discoveries. However, it is evident that before this issue was scientifically established, the atheists were against this idea.