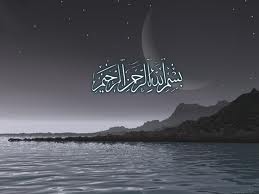 We have seen that the words “Name+God+Gracious+Merciful” forming “Bismillahirrahmanirraheem” are coded with 19. These words are used throughout the Quran. In some verses, the word “God” is used more than once and in some verses both “God” and “Merciful” or “Gracious” are used together. Katerina Kullman, a Swedish muslim, was curious about how many verses have at least one of these four words and she was the first person who witnessed this interesting characteristic. If you write two 19s consecutively, you get the number 1919 and this number is the number of verses which have at least one of the four words that form Basmalah. The suras that start with initial letters are important elements for the system of 19 in the Quran (We will study these suras in the following pages). When we look at the distribution of those 4 words in the suras that start and do not start with initial letters, we reach this conclusion: Of the 1919 verses mentioned, 1083 (19×57) of them have initial letters and 836 (19×44) have no initial letters.

1 Reply to “THE NUMBER OF VERSES WITH THE WORD BASMALAH”