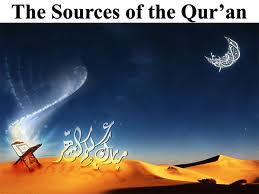 We have seen that God made everything according to a numerically defined order and proportion. This fact led us to examine the numbers throughout the Quran, and we came up with some interesting results related to the code 19.

In this way, we can see (maybe one of the most important reasons) why God chose to say 1000 minus 50 instead of 950 and 300 plus 9 instead of 309. In addition, if people have suspicions about the given numbers (for example if people have doubts on people’s being put into sleep for 309 years), this numerical miracle helps to build trust into the given periods. Apart from the special characteristic of 19 performing miracles, this system is a proof that it has a special way of answering questions and solving problems.

The Prophet Muhammad was one of the busiest personages in history. While it is very difficult to persuade a society to give up even smoking, a facile habit when compared to social changes, Prophet Muhammad changed all the religious and social systems of his society. Reforming his society was not his only duty. While doing so, he was solving personal conflicts, mediating between factions, signing agreements among tribes and religious groups, or defending his city against repeated war campaigns planned and executed by the Meccan oligarchy. During that time he was also explaining the verses of the Quran, being revealed in parts, to the people. It is really childish to suppose that a mathematician, having at his disposal a lot of spare time, formulated the system of 19 in the Quran, something beyond the ability and power of a human being. This miracle can neither be explained by coincidences nor by the work of a human being. Which book in the world has contained such a prophecy and miracle?

Which book in the world has contained such a miracle?

23- If you are in doubt of what We have revealed to Our Servant,
then bring a sura like this, and call any witness, apart from God,
you like, if you are truthful.
2-The Cow, 23
24- But if you cannot, as indeed you cannot, then guard yourselves
against the fire whose fuel is men and rocks, which has been prepared
for the disbelievers.
2-The Cow, 24