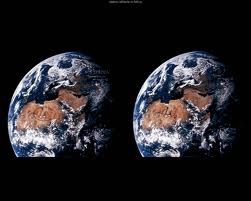 1. The claim of the 23rd and 24th verses of the sura “The Cow” that people will not be able to imitate even one sura of the Quran is confirmed rationally and objectively by the mathematical miracle of the Quran. It is now understood that all the suras, and even the verses of the Quran, are like the pieces of a big puzzle. If you destroy even one piece, you destroy the entire mathematical system in the Quran. The existence of this mathematical system in the Quran depends on every one of these parts, so one sura of the Quran represents the whole system. The Creator of the whole system is the Creator of each sura. Even one sura has all the power of the system. What a fascinating system it is!

2. Once the code 19 was understood, the reason why the 30th and 31st verses of the sura “The Hidden” drew attention to 19 became clearer: it is a figure that has been changing wrong beliefs and has been instrumental in dispelling traces of doubt in the hearts of monotheists.

4. The code 19 has shown why the Quran consisted of 114 suras and it has also proved that the number of verses and the order of the suras in the Quran were arranged by heavenly means.

8. The reason why some suras in the Quran started with initial letters was a cause for wonder for 1400 years. Before the code 19 in the Quran was discovered, there was groundless speculation. This secret, which had remained hidden for 1400 years, was revealed thanks to 19, which is described as “one of the greatest” in the Quran.

9. The probability calculations emphasize that it is impossible for man to have created this miracle, that is not a matter of coincidence. This shows why the person who said, “This is nothing but the word of a human,” (74-The Hidden, 25) was answered by the code 19. Moreover, code 19 gives visual presentations, we can see these presentations in the tables, all data indicated and verified, so that the following verse is understood better: “It is tablets for people.” (74-The Hidden, 29).