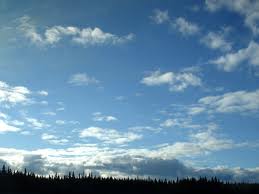 When we talk about the miracle of 19 in the Quran and claim that the words, suras and verses in the Quran are related to the number 19 and its multiples, people ask us, “Why 19?” If this number were 11 or 23, then they would ask “why 11?” or “why 23?” The number in question however is 19. In the Quran, the 30th verse of the sura “The Hidden” says that “Over it is 19.” The 31st verse of the same sura informs us about the functions of number 19. Nineteen is the only number in the Quran whose functions are commented upon. We will investigate the sura “The Hidden” in detail in the following chapters. The peculiar characteristics of 19 are sufficient as an answer to the question, “Why 19?” There is a reason why God chose 19 and emphasized it in His Book.

In addition to the fundamental reasons we will present in the following chapters, we can mention some other reasons for the question, “Why 19?” here.

The figures 1 and 9 form the number 19. 1 is the smallest and 9 is the biggest of single digit counting numbers.

In addition to the properties mentioned, 19 has many other interesting characteristics. But this is not the subject of our book, and we must conclude that further research has to be carried out.

We have witnessed the existence of a mathematical system in the Quran -without the knowledge of the code 19- in the previous chapters of MMLC. Whoever examines whether or not the Quran draws attention to a specific number notices that the Quran indicates the number 19 in particular.

Here we are going to see that there are many patterns in the Quran formed by this number and its multiples. These patterns are the answer to the question, “Why 19?”