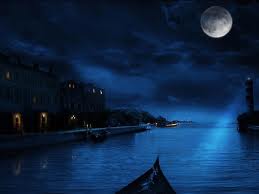 Some people may have wondered why the Basmalah consists of the words “Bismi-llah-irrahman-irraheem” and they may have wondered why Basmalah is not like “Bismi-llah-alaziz-alhakim” or “Bismi-rabgafurin-karim” or “Bismi-ssami.” God has more than 100 names in the Quran. Why then are only the “God-Gracious-Merciful” names used in Basmalah? God’s special place between these names is evident but why are other words not preferred? Why did the Basmalah not consist of other two names or five names of God? Why did Basmalah consist merely of these three names? What is the wisdom of God?

We have seen that all the suras except the sura “Repentance” have a Basmalah at the beginning, and that the missing Basmalah is found 19 suras later. This special condition adds many new characteristics to the miracle of the Quran. If all the suras had Basmalah at the beginning, then having 114 Basmalahs would be quite normal because of the symmetric structure, and consequently we would not pay any attention to the number of Basmalahs. The same is true for the table of God’s names. To have 3 common and 1 different value upsets the symmetry, but on the other hand, the miracle of the concordance between two different subjects like the names of God and the Basmalah enhances the value of the miracle.

In this way the code of 19 explains the wisdom behind why the Basmalah, the most oft-repeated phrase in the world, is formed as it is.

We believe that there is much to be said about this subject. But it is important that the first rational explanation of why the Basmalah is formed like this is made with the help of code 19.