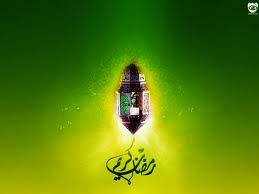 When we count back from the end of the Quran 19 suras, we come across the sura “Alaq” (The Hanging). The number of verses in the sura “The Hanging” is 19.

The first 5 verses of the sura “The Hanging” are said to be the first verses to be revealed; that may well be so, since these first 5 verses consist of 19 words and 76 (19×4) letters. Since we obtained this information from a hadith, we can not attest to its validity, as some people may object. But it is interesting that the 19th sura from the end consists of 19 verses.

Additionally, if we look at every sura from the beginning of the Quran with a prime number as its number of verses, the 19th such sura is 82-The Shattering, and this sura is the first one having the prime number 19 as its number of verses. The mathematical miracle of the Quran proves that the number of verses and the order of suras are arranged by God. All the data we have seen throughout this book prove this. One of the important consequences of this is to counter those translations which are made according to the revelation order of the Quran. The facts mentioned here prove that the present order of the Quran is divine, as held by many Muslims throughout history.

Some researchers wrote all the verse numbers consecutively according to various rules and formed new numbers, which were multiples of 19. In order to use these numbers, this operation needs to be valid in the light of probability calculations. As we have no such probability calculation, we abstain from commenting on these numbers. Let us give an example of this hypothesis: If we write the verse numbers of a sura one by one after the total number of verses of each sura (such as 712345672861234…), we arrive at a number consisting of 12692 (19×668) figures and this number is said to be an exact multiple of 19. This hypothesis seems interesting, but we make no claims since we have not made the probability calculations relating to these suppositions.

As we mentioned before, we have not discussed in this book all the claims and data that are related to the code 19. The code 19 in the Quran has more aspects than are covered by this book. We plan to write a detailed book about this subject in the future.