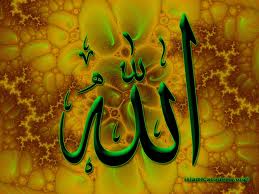 The Quran with its mathematical code is an extraordinary book. It is miraculous in such a way that it points to scientific issues and explains scientific subjects that could not have been known about in the 7th century. This Book answers such questions as where we came from, why we exist and what we should do. This Book describes the existence, the unity, the power and the mercy of God. The Quran speaks of God, and introduces God as the Merciful, the Creator and the Forgiver. The description of God is the most important message of the Quran. Since God is the most important issue of the Quran, now let us examine the repetitions of some of God’s names (attributes) in the Quran and their numerical values.

First of all, let us remember what the numerical value of a word means. The 28 letters of the Arabic Alphabet have numerical values from 1 to 9, from 10 to 20 and from 100 to 1000. When the Quran was revealed, the same letters were also used for mathematical purposes. In this way, every letter, every word and every sentence has a numerical value. (People used such methods as writing in red ink or drawing a line on those letters in order to avoid confusion between the letters for mathematics and for writing.) As a result, the mathematical model “abjad” we use in Arabic was a system used in the Prophet’s time. The numbers we use today were created in later periods.

Although there is a general belief that there are 99 names of God, there are actually more names that define God in the Quran, as it is seen in the list below. In this list, you will be able to see how many times these words are used for God and their mathematical values. Some noun phrases in this list are open to discussion whether they can be accepted as one name or not. For example; since the “Hearer” (Semi) is accepted as a name of God, can the “Hearer of the prayers” be accepted as a separate name?