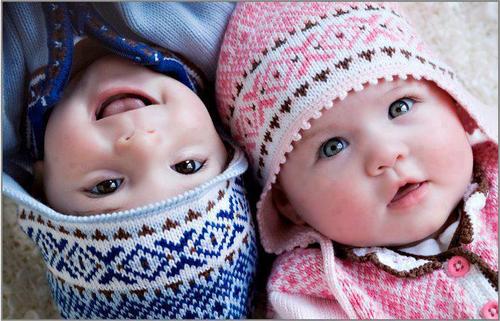 8- Then made his offspring from the quintessence
of the nature of a despised fluid.
(32- The Prostration, 8 )

Sperm constitute only a part of the semen, in fact they are the basic elements of it. The particular sperm that fertilizes the egg is but a tiny member of hundreds of millions of sperm in semen; it is also the finest swimmer that reaches the finish, having overtaken all the others.

Each of us is the winner sperm’s product. Every human being coming to the world has left behind him hundreds of millions of sperms in this swimming race. We, who are reading these lines, have come out victorious, since we were far ahead of those we have left behind. Each of us has carried the day. And we are the quintessence!

DETERMINATION OF THE CHILD’S SEX

Even today there are still people and families on the husband’s side who blame mothers for giving birth to girls rather than to boys. That it is the mother who decides on the sex of her child is a lingering prejudice among the ignorant. Although well-informed scientific circles were exempt from such misconceptions, even they had until quite recently the impression that the child’s sex was the joint product of equal contribution by the mother’s egg and the father’s sperm. The fact that it is the sperm that determines the child’s sex has only recently been established. In a fabricated hadith falsely attributed to the Prophet, we read: “Male’s water is white. Woman’s water is yellow. If the two come together and the man’s water overcomes the woman’s, a male child is born, if, on the other hand, it is the woman’s water that dominates, the child is a girl.” One can see that during and centuries after the time of the Prophet the factor that determined the sex of the child was not known.

The implication in the Quran of the formation of sex is astounding, as it indicates that it is a drop of semen that determines it. The 46 chromosomes that human cells contain form the genetic code of a human being. Two of these determine the child’s sex. Male chromosomes are defined as XY and the female ones as XX. In woman’s side the chromosomes are split during ovulation into two each containing an X chromosome. Some sperms from the man contain X and some Y chromosome. If an X chromosome unites with an X chromosome in the woman’s egg, the sex of the child to be born will be female, while a Y chromosome in man uniting with an X chromosome in woman means the offspring will be of the male sex. We see that whether the future child will be a boy or a girl is entirely dependent on the arrival of an X or Y chromosome from the sperm. Biological research continues. The discovery in the 1990s of the SRY protein in the Y chromosome, and the conclusions derived from it, have enriched the available data on the issue.

This information that the Quran implied more than 1400 years ago was not known until quite recently. We can mention, for example, the story of Henry the VIII, who divorced Catherine his queen for having given him a daughter. This fact, alluded to in the Quran, had also an ironical touch. Women have been blamed for centuries for having been responsible in the determination of the sex of the child they were going to give birth to. The discoveries of science have explained this miraculous event, while ruling out the grounds which put the blame on the woman.

The uterus is described as a secure place. Being placed in the center of the pelvic cavity, it is well protected. Man’s organ is not favored with such an endowment. The uterus is a cavity whose walls are made of muscles and have the shape of a pear. In an adult woman the length of it is 8 cm, the width measures 5 cm and the height 2.5 cm. The uterus, relatively small in size, expands considerably during the last phase of pregnancy. The weight of it is 50gr while it attains about 1000 gr at the end of pregnancy. The child it holds within it can even exceed 5000 grams. This means that the child is 100 times heavier than the uterus itself.

It is the only organ that can grow so rapidly and is given to rapid transition. With its tightly wedged thick muscles, it protects the fetus, rapidly growing in size, against all kinds of external impacts and adverse conditions. The fetus, exposed to all sorts of dangers, owes its survival to the solid structure of the uterus, its ideal place. The Quran’s drawing our attention to the solidity and durability of the womb calls for our studying it more deeply is a proof of the God whose grace protects the fetus against all ill intentions.

Tags: chromosome, determination of child's sex, gender of the child

4 Replies to “CREATION FROM A QUINTESSENCE AND CHILD’S SEX”