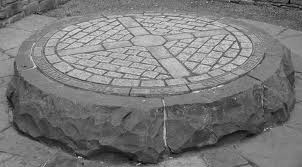 We mentioned that we were not going to deal with the counting of the letter “Alif” in the Quran since there is difficulty in its counting. The difficulty is due to the additional “Alif”s inserted in later versions of the Quran to accommodate non-Arabs, and the need for a comprehensive, comparative and critical study of the oldest available versions. However, we can show that the suras introduced with the initial letter “Alif” are related to the code 19. For instance, the total of the sura numbers of the suras starting with the initial letter “Alif” is an exact multiple of the number 19.
[2+3+7+10+11+12+13+14+15+29+30+31+32 = 209 (19×11)]

An Iranian scholar named Asad also discovered the interesting fact that there are a total of 114 (19×6) verses in which all the 14 letters that are used in the initial lettered suras are present, like the numbers of the suras of the Quran. In these mentioned 114 verses, the most repeated word of the Quran “God” is used 152 (19×8) times exactly.

3 Replies to “SURAS THAT HAVE INITIAL LETTERS AND 19”