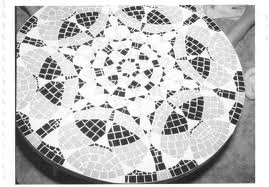 When we examine the number of repetitions and the numerical values of the names of God according to the code 19, we are presented with a magnificent table. Dr. Cesar Adib Majul, former rector and professor of philosophy and logic at the Philippine Islands Islamic Research University and visiting professor at Cornell University, is the first person to have discovered this table. Later, Edip Yüksel, a Turkish author, completed the table with further research and observation. We can describe this extraordinary mathematical relation briefly as follows:

1. The repetitions of only 4 names of God are a multiple of 19 in the Quran.

2. The mathematical values of only 4 names of God are a multiple of 19.

3. The numbers which are the multiple of 19 in each group consisting of 4 words are equal to each other.

4. The multiples of 19 in the repetition of words point to Basmalah. (This shows why “Gracious” (Rahman) and “Merciful” (Raheem), the names of God, were chosen in Basmalah.)