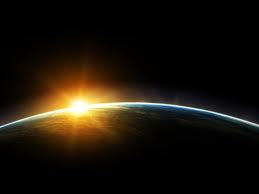 The Probability Calculation of the Initials “Ha” and “Meem”

We know that the total number of repetitions of letters “Ha” and “Meem” is 2147. No matter how those letters are distributed throughout the suras, 2147 will not be spoiled, and the probability of that number’s being a multiple of 19 will still be 1/19. But the total of digits of letter numbers in each sura may total up to 113; that number could be inferior or superior to 113. We prepared two imaginary tables in order to show how inferior or superior the total of the digits could be when the total of “Ha” and “Meem” initials is 2147. By doing so, we will learn the extent of the interval and we will be able to make the probability calculation of digits.

The example for the inferior number

The example for the superior number

In order to have 113, our interval should be approximately between 32 and 248. This interval consists of more than 200 numbers. We will round it up to 200 in order to make our calculation easier. So the probability of getting a whole number like 113 from this interval is 1/200.

Up till now, our probability calculation has been equal to 1/19X1/200.

We saw that in the first “Ha-Meem” group, the total of digits of the repetition numbers is 59 which is the same with the total of the repetition numbers for that particular group. Thus, we should add this point to our probability calculation. If we make imaginary tables as before, we shall see that there is an interval that consists of more than 50 whole numbers. So the probability of having a number like 59 from this interval can be represented by 1/50. While we add this result to our probability, we should not add the same probability to the second table. As we explained before, if a whole is a multiple of 19, and if a part of this whole is a multiple of 19, then the other part is necessarily a multiple of 19.

Let us calculate now the probability of “Ha-Meem” initials which take place in the Quran according to our previous explanations.

This shows that the code 19 presents a probability of 1/3,610,000 with its relation to “Ha-Meem” initials. Even this small part of code 19 is miraculous. If we calculated all the probabilities of the data related to code 19, imagine what the result would be!

Some of you may wonder why we did not include these tables in our probability calculation. If we add these tables to our calculation we have to multiply 1/19 x 1/50 = 1/950 with our result. When we divided the suras as 40-41-42 and 43-44-45-46 we had a logical reason. But dividing in this manner we cannot come up with any logical reason. Maybe someone can find a reason for this, as this division may be related to the meanings of the suras or something similar. But as we could not find a reason, we did not take the previous tables into account.

For 1400 years, people wondered why there were initial letters at the beginnings of 29 suras. The reason for this is now clarified by the code 19. For those who want to go further and be free from their suspicions and closer to God, 19 is a mediator.

We obtain mathematical data on the number 19 mostly from Basmalah and initial letters. The Basmalah with its 19 letters, and the initial letters which are at the beginning of the suras guard the Quran against any harm.

There are other miraculous formations related to 19 besides the Basmalah and the initial letters. The information we gave about the numbers in the Quran and the remarkable points in the sura “The Hidden” are perfect examples. Since the scope of our book is not large enough to give all the data on 19, we have to limit its content about this miracle.