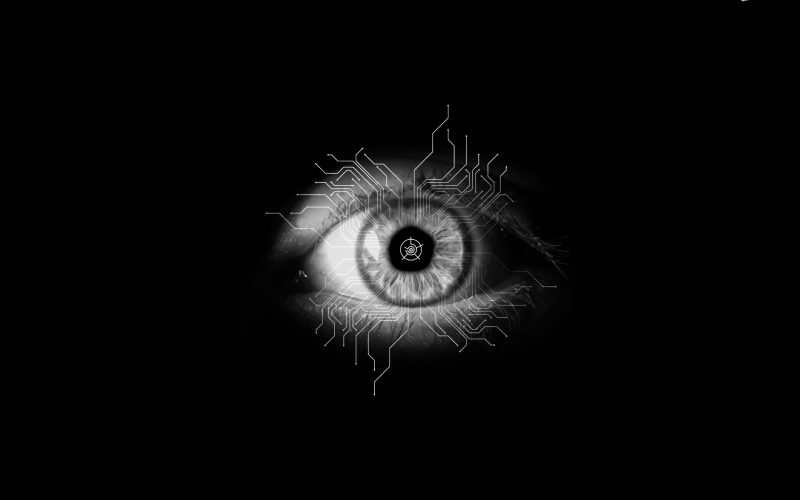 The Arabic word “beda’a” means creation of something out of nothing. This word also connotes the fact that something is created not on a pattern previously designed of something but as a completely new entity having no precedence. The greatest marvel of the creation is the creation of all concepts out of nothing. Think of the spectrum of colors. None of us can visualize a color that we have not already seen, nor can we produce that color. We are familiar with colors that already exist, but we cannot possibly create a new color. God, on the other hand, created all colors at a time when the concept of color did not exist, just as the universe did not exist before. To create a concept and its range of contents out of nothing is beyond human imagination and power.

Atheists contend that matter existed from eternity, that it had no beginning and that all formations evolved fortuitously. For example, in his books, famous materialist theoretician George Politzer contends that the universe was not created; had it been so, the universe would have been the work of a God who would have created it at a given moment out of nothing, that in order to be able to accept the theory of creation, one had to posit the existence of a moment when there was no universe, as it was to emerge from nothingness.

It is true that there are still some people today who worship the sun, the moon and fire. They carry on their practices and rituals without any logical, scientific or philosophical justification. It is futile to logically or scientifically refute beliefs that do not value reason, logic and science. Such people need evidence that would break down their prejudices and relieve them of their obsessions. Throughout history there have been three separate viewpoints that allege to be in conformity with reason and science. These viewpoints at least declare that they accept reason, logic and science as criteria. In the present book, we shall try to show these ideas and analyze their relevancy.

These three views are:

1) Monotheism: There is but one God, He that created this magnificent physical universe and everything in it, living or inanimate.

1) Monotheism: There is but one God, He that created this magnificent physical universe and everything in it, living or inanimate.

3) Agnosticism: We cannot know which of these two viewpoints is correct. Both may be justified in their postulates.

Essentially there are two fundamental alternatives. For the third announces that none of these views can be proved rather than propounding a new view. The agnostic point of view contends that we cannot know whether matter and things were created or not. For instance in his Dialogues Concerning Natural Religion, David Hume’s (1711-1776) three interlocutors exhibit contrasts, namely “the accurate philosophical turn of Cleanthes” with “the careless skepticism of Philo” and “the rigid inflexible orthodoxy of Demea;” the words of Philo reflect the agnostic attitude. Kant (1724-1804) in The Critique of Pure Reason asserts that we cannot know whether matter was created or not. (Although his ideas were agnostic in character, Kant believed in God.)

THE BIG BANG INVALIDATES BOTH AGNOSTICISM AND ATHEISM

The agnostic’s assertion may be expressed by the sentence, “We cannot know whether there is a God or not, and we cannot know whether the universe has been in existence since eternity or not.” He believes that nothing is or can be known. If the hypothesis “Matter had a beginning” is confirmed, the assertion that “Matter had no beginning” would be refuted and the contention “We cannot know whether it had a beginning or not” will be proved wrong. Thus, demonstration of the fact that matter had a beginning is a blow not only to atheism but also to agnosticism and skepticism. Once the hypothesis of the beginning and creation of matter has been confirmed, the atheists should abandon their disbelief and the agnostics their skepticism. If you can recall the statement in the sura “The Prophets” verse 30, it says “Will they not believe even then?” This statement being used in the verse in which the Big Bang Theory is described is a sign that shows many unbelievers and agnostics will still stick to their convictions no matter what. It has become clear that an agnostic is no different than a man who worships the cow and the denial of the atheist is tantamount to the adoration of fire; these people base their philosophies on absolute lack of evidence, sheer delusion, total lack of logic and scientific reasoning. The claims of rationality and the so-called scientific approach of the atheists and agnostics have been debunked. In the coming pages we shall see that both in the creation of the universe, in things created within the universe and in the creation of living beings, an intelligently designed process is going on, and we shall demonstrate that the objections of agnostics and skeptics to this assertion are merely delusions.

BEFORE THE BIG BANG

It was understood that time existed in relation to the movements of matter. As matter and its movements did not exist prior to the Big Bang, time did not exist before the Big Bang. Matter and time came into being after the Big Bang. Their existence depends on each other. Roger Penrose conclusively proved in mathematical terms that the universe had had a beginning. The Big Bang Theory confirmed the hypothetical alternative suggested by atheists that the universe had to have a beginning if it had been created. In brief, the claims of atheists have been proven wrong in scientific terms and in terms of logic and reason; and yet the atheistic attitude is still prevalent today due to reasons like stubbornness, delusion and arbitrariness.

If there are two theses that negate each other, the substantiation of either of them disproves the other’s argument. The contention of atheists that matter existed from eternity having thus been falsified, the fact that it was created becomes the incontestable truth, discrediting the conviction of unbelievers. Insistence of denial of this proven fact is a gross mistake and an example of inexcusable dogmatism.

49- To the contrary, these are clear signs in the hearts of those who are granted knowledge. None deny Our messages except the unjust.(29- The Spider, 49)

TEACHINGS OF THE BIG BANG

The Big Bang not only demonstrated that the universe was created by the Creator, but at the same time the false beliefs like the distribution of sovereignties among divinities, each having under their commands the earth, the sun, the moon and the mountains respectively, were proved wrong. It became clear that whoever He was Who had devised the initial composition of the universe, having recourse to the Big Bang, was the Creator of everything. Thus the universe was under the exclusive control of One Single Power and this power was not shared. The universe evolved from a single point; the Author of that point was also the Originator of men, rivers, stars, butterflies, supernovas, colors, suffering and happiness, music and aesthetics. Since everything came into being emerging from the oneness, He must be the Author of that “oneness.”

The Big Bang showed that the matter idolized by atheists, and the matter that makes up the entire universe is but an insignificant speck of dust, so to say. Those who witnessed that from that insignificant speck there have emerged men, beasts, plants, and the universe in its glowing colors understand that the genius was not inherent in the matter itself but in something exterior to it, i.e., in the Creator. Close your eyes and try to imagine the void and open them to behold the trees, the seas, the heavens, your own image reflected in the mirror, the food put at your disposal for your consumption and the works of art… How could all these glorious things have emerged all by themselves from the dark and from one single point in the void? For intelligent minds, the creation unfolds itself not only in artistic aesthetics but also in mathematical terms. The velocity of expansion of the universe is of such a critical point that, according to the expression of a scientist, had the velocity been different at the primeval explosion less than 1/1018, the universe would have collapsed, sinking unto itself and never coming into being as it is. Likewise had the quantity of matter been less than it actually was, the universe would have scattered around, rendering the formation of the celestial bodies impossible. The force applied in the disintegration of the initial composition at the moment of creation is not only incommensurably great, but the design behind it is infinitely ingenious. Thus everything was designed by our Creator to make possible the existence of the universe. All these events are meant to show the infinite power of our Creator and the fact that He designed everything to the most infinitesimal detail perfectly. We are witnessing another fact through these phenomena: impossibility does not exist in the vocabulary of the Creator; anything can occur if He wishes, Him saying “Be” is enough.